[Grazia] Kang Daniel on Music, Traveling and Working Towards Happiness 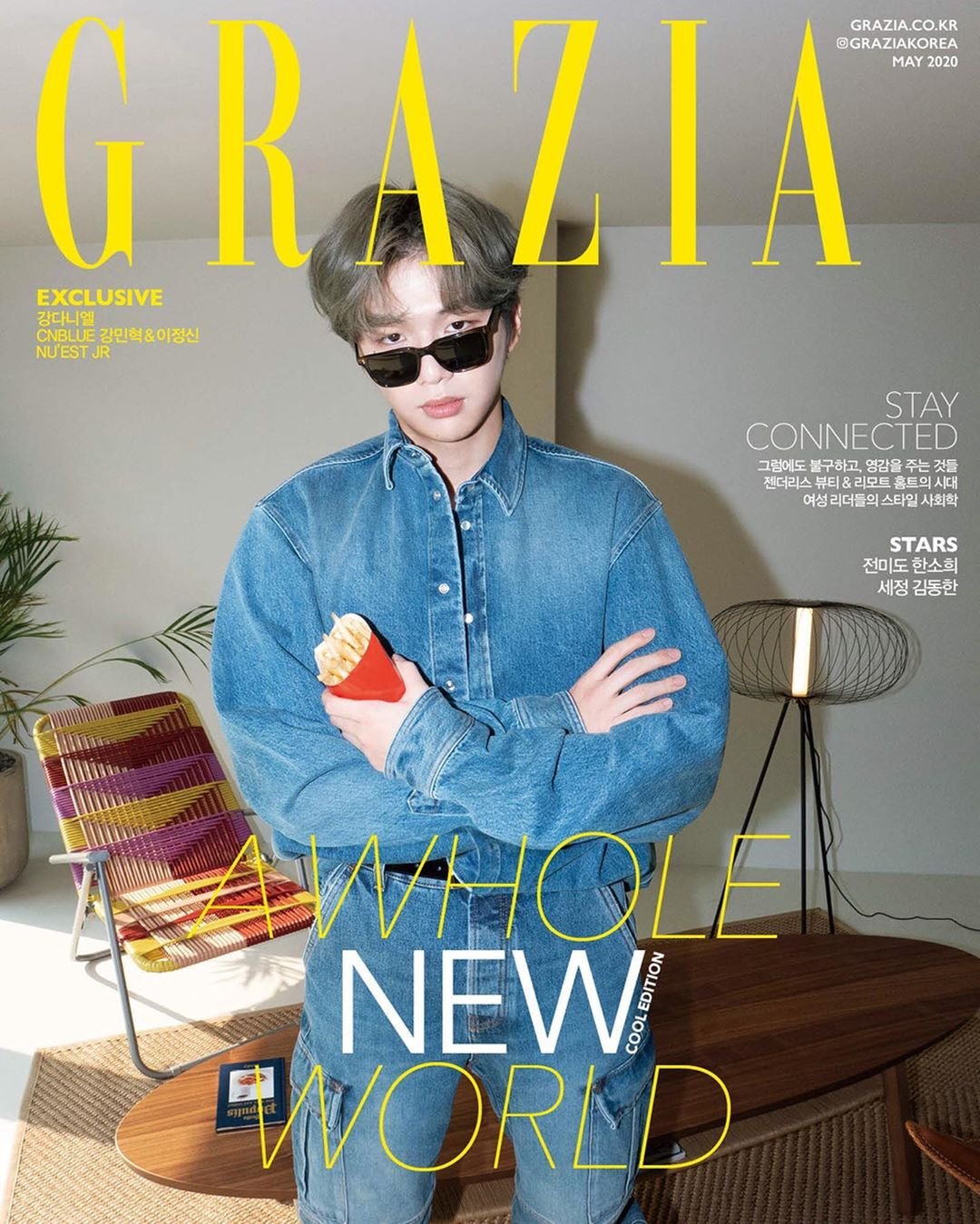 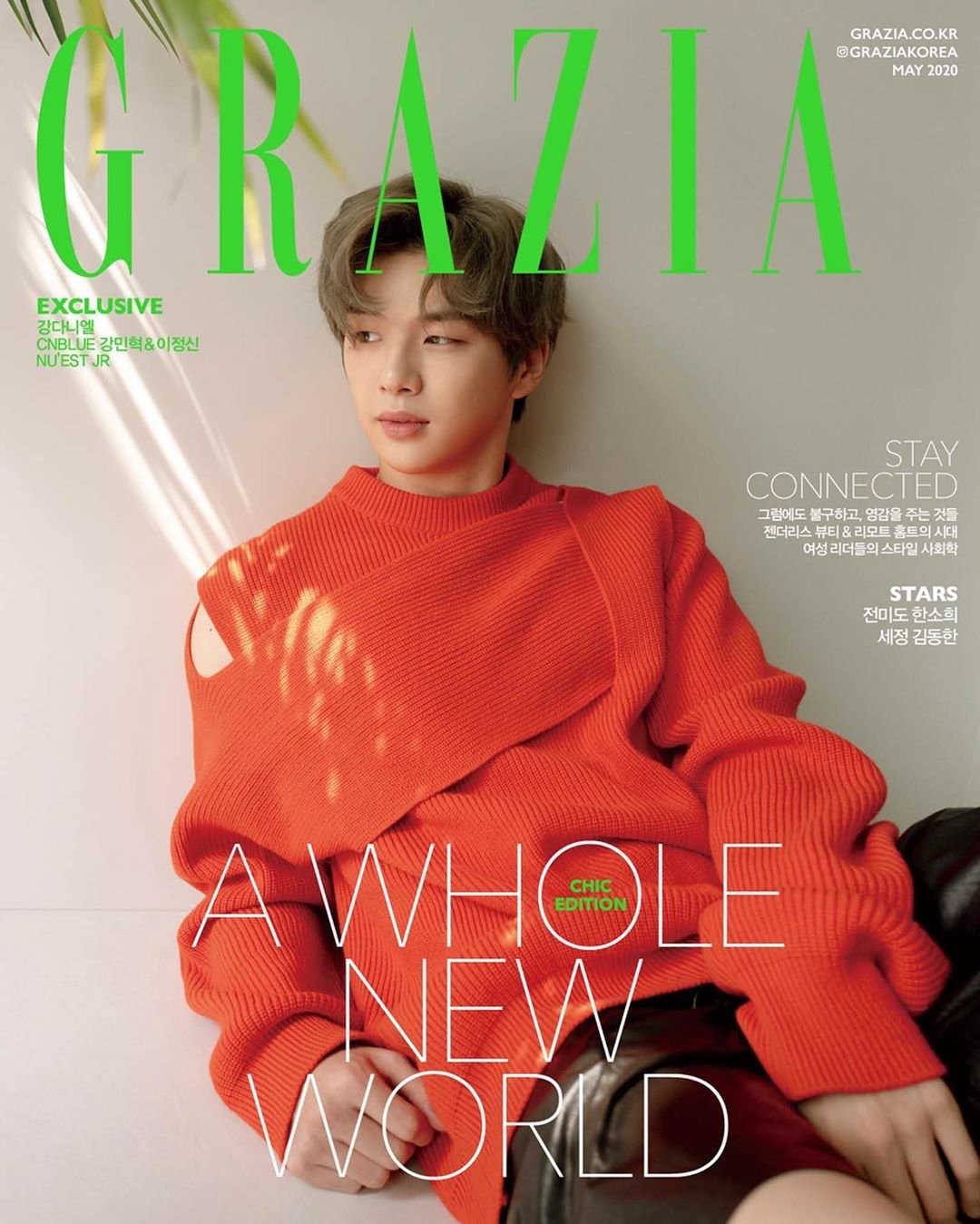 The promotions for CYAN where we were able to meet the various sides of you have come to an end. How do you feel now?

To be honest, I feel like there are many things left for me to do in the future, so rather than feeling like I’m done with it, it’s more like “so the first album is finished?” I keep feeling nervous.

What did you want to do the most after finishing your promotions?

Working out. I wasn’t able to work out during the promotions, so I really wanted to do it. While working out, I feel like I can clear the many thoughts clouding my head, I really needed that.

Your first solo album Color on Me was prepared in just about a month, while this mini album took quite a while to be produced. How do you think it has changed since then and what was different?

Even though there were a lot of differences, if I were to point one out, I think it was that I was more clear about the kind of music that I wanted to deliver. At the time my first solo album was produced, we were in a rush, so I worked with one producer, but many songs were written for this album, so we thought, let’s broaden the spectrum.

When we talk about Kang Daniel, people think about a musician with powerful performances and strong vibes. However, the title tracks of both your first solo album “What Are You Up To” and this album “2U” were more groovy. Is there a specific reason for this?

First of all, that was also what I thought of myself…haha. However, I think I wanted to have a gradual build-up. Rather than going out strong from the beginning and then thinking about what to do next, I wanted to show what I’m capable of step-by-step. Rather than because it’s easy (to make) easy listening songs, I wanted to heighten the sense of tension. I wanted to not be lacking in either my music or my vocal skills.

CYAN is the first of the trilogy color album series. What did you want to showcase?

As it was an album after a short hiatus, I was hoping that people would feel at ease and have fun listening to my songs. I wonder if I had achieved my goal of just making people say “the song is good” while listening to this album.

One thing for sure was that just watching you on stage, we could see you enjoying yourself.

That’s right. This album was not about giving out a strong feeling. I myself just wanted to enjoy it.

One more thing about this album was that we could see your improvements in your vocals.

It improved a lot, right (laughs). “2U” was recorded last winter, so I think it’s a bit of a bummer listening to it now. On the other hand, I was comfortable with “Interview” and “Jealous”. Now that I’ve found my special color, I think it’s ok to be ambitious.

Do you have a specific vocal style you want to pursue?

I don’t think I want to follow a distinct style. I kind of like timeless and diverse kinds of musicians, and I enjoy songs from soul singers like Bing Crosby or James Brown. But I can’t do things like that for my performances, and the genre that I pursue is also different. Rather than to complete one’s color, I wonder if one will be able to make it naturally by working hard.

How do you think the promotions for CYAN went?

There were more than a few things that I regret. Anyways, I think that it can’t be helped that there are differences in my perspective versus that of a listener. My personality is like if I find things I don’t like about the exact same outfit I wore a long time ago, I would just be thinking about that the whole day. And this is my work. Even so, while doing this promotion, I was proud about one thing that among Korean solo artists, I was the one with this style that has not been seen in a long while. I challenged myself to a new style, and took part in polishing the stages together, so I was really thankful to hear that you guys have enjoyed the performances this time. So I thought to myself that I’d have to do well in the future too.

What do you want to do next after your trilogy color series?

To be honest, rather than talking about the color series album by album, you need to think about the overall story of a project as a whole. There’s this big picture, but we’ll have to slowly go through the detailed stories inside. I want you to go through the process of finding my color with me in the future, as this is the project that began with the purpose to show you that. Simply put, I hope you’ll have fun seeing the different concepts while listening to the albums.

So it seems like we’ll be able to meet you with a different image from CYAN?

CYAN was about new songs for me, but the next album will be about what I’m good at, and new things on top of that. There will for sure be a change in the vibes, and I think it will be fun to listen to. 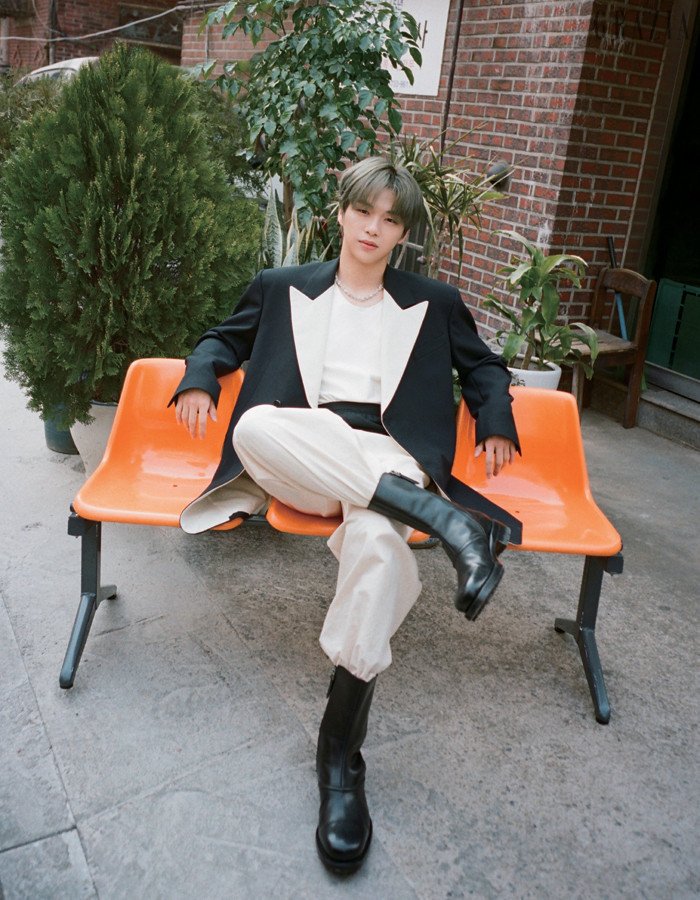 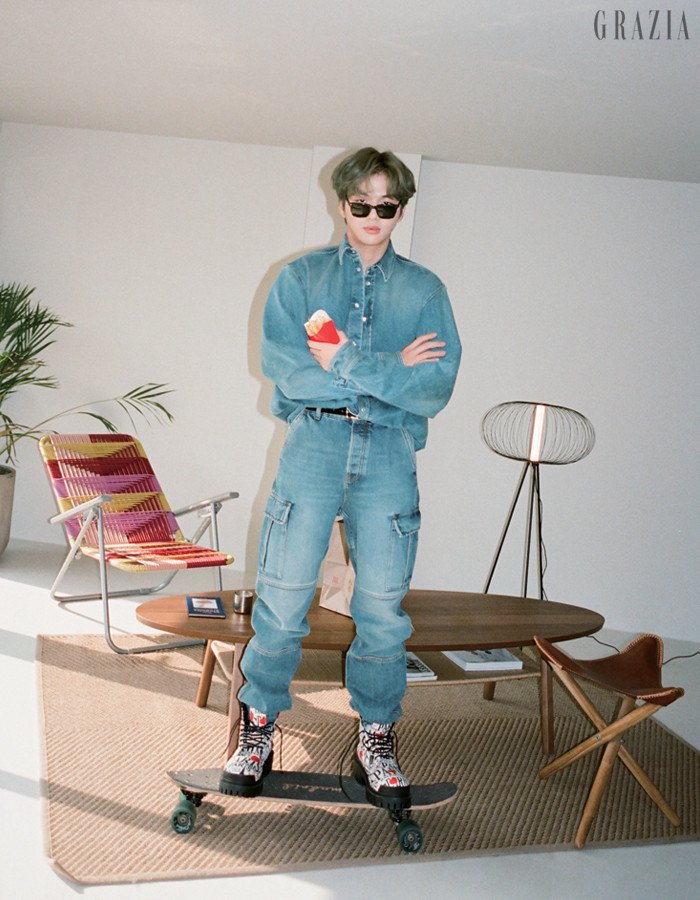 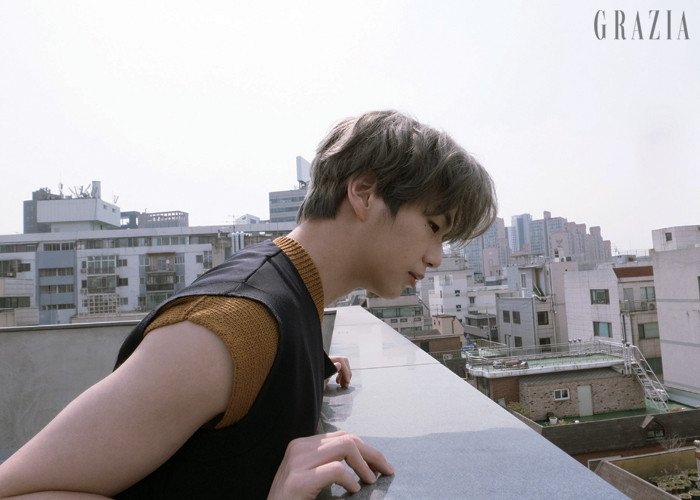 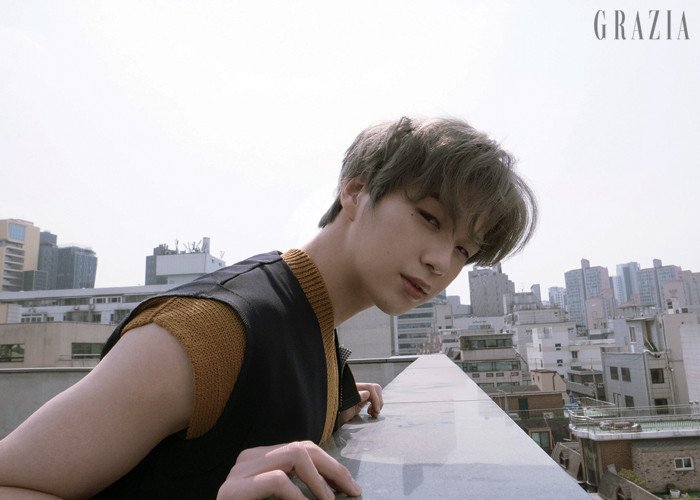 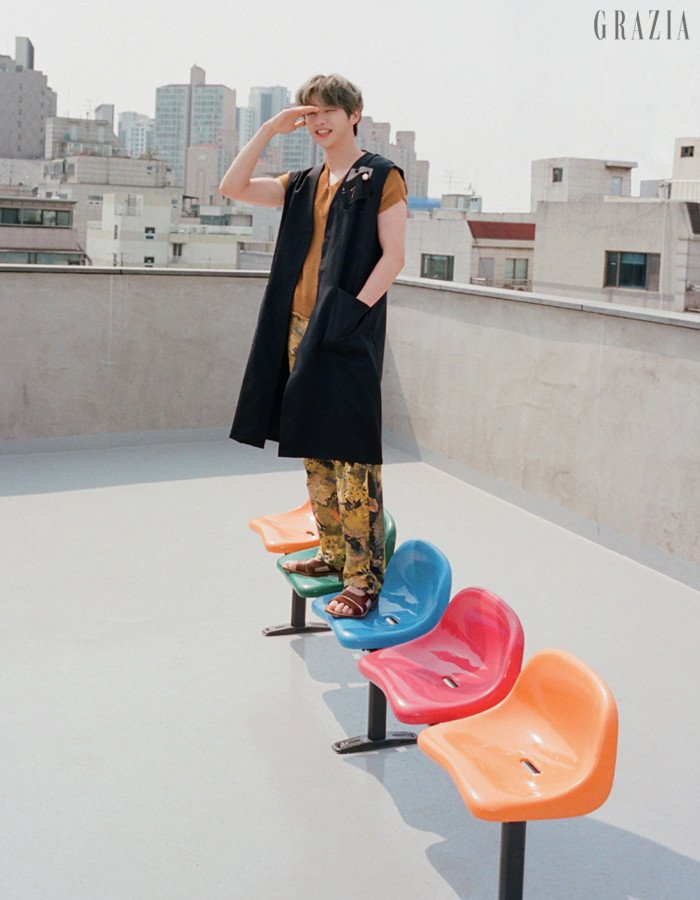 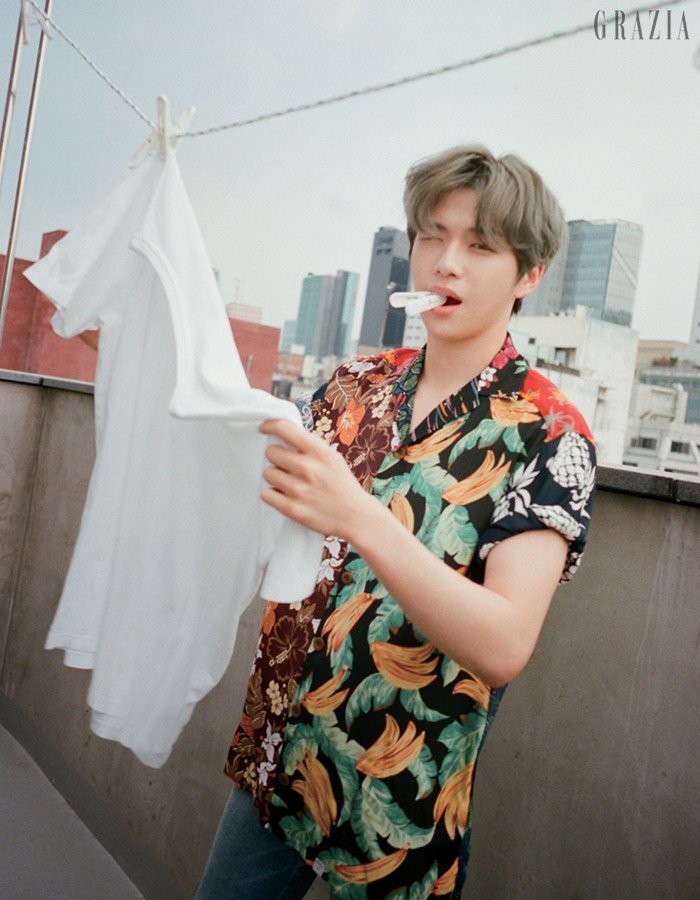 You went to Portland for the tv show Hello, Daniel. How was the trip for you?

It was the time of me fighting with my own self. To be honest, I had a hard time shooting, where there were many other people. So honestly, I really had a hard time while shooting it. There was once when we had to halt the filming. It was a comfort trip for myself, but now that I’ve returned, thinking back on it, it was a time when there were so many things left unfinished.

Do you have a place especially liked in your memories?

What kind of traveler is Kang Daniel?

I’m more of a solo traveler. Since I was in 3rd grade, I went by myself. I even went on a bike trip to Ulsan. Back then, my parents told me to take the intercity bus. I went to the terminal and even bought the ticket by myself. But now that I’m older, I don’t get to go out much anymore.

What’s the charm about travelling alone?

Hmmm…ever since I was young, I didn’t like mandatory trips like training sessions or field trips. I want to just go out thinking of nothing and follow my own schedules, so I really disliked things like that. And I’m also the type to think a lot, so I like that if I travel alone, there won’t be anyone who will wake me when I’m lost in my thoughts. I don’t have to follow anyone’s travel plans and I can just do whatever I want. I think that’s the biggest advantage.

But don’t you feel lonely when you’re alone? How do you relive (your loneliness)?

I don’t think I ever feel that way, but back then I’d make friends with the local people. I went to Jeollado a while back, and back then I even got to drink makgeolli (rice wine) with a grandpa haha.

If you have plans to travel again, where and with whom would you want to go?

To be honest, I think it’s not a bad idea to travel alone again. If I were to go with someone, I would go with my dancer friends and I want to go to the North or South Pole. Even though it’s quite dangerous to greet penguins, It’s very tempting. I want to try experiences similar to National Geographics. 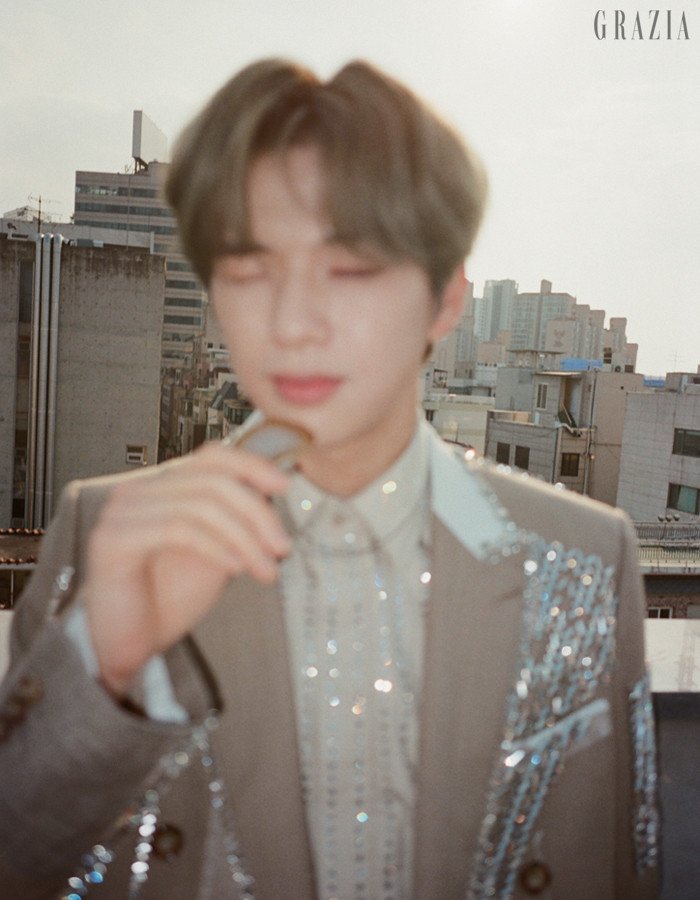 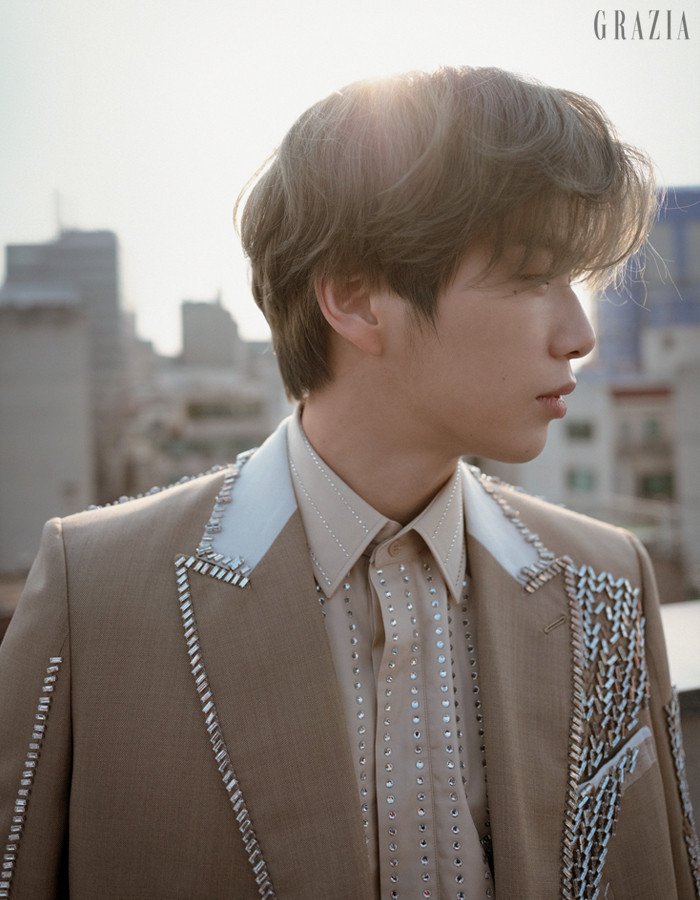 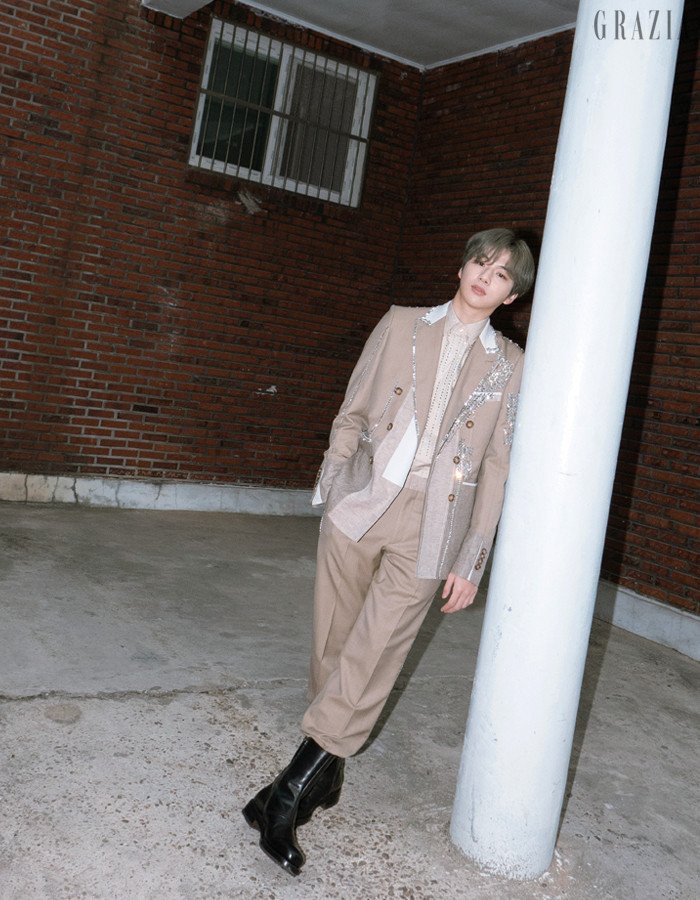 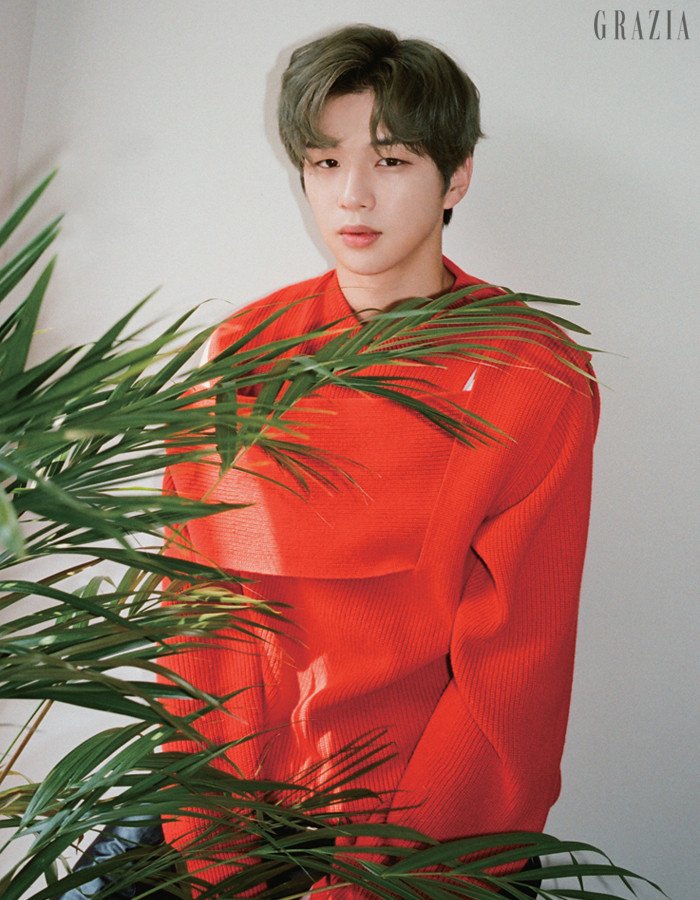 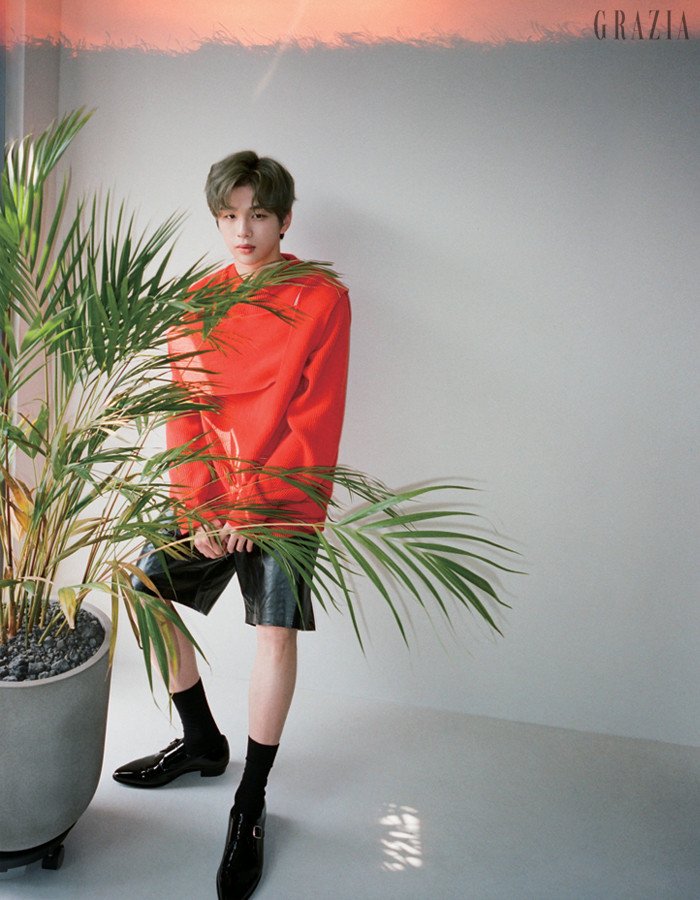 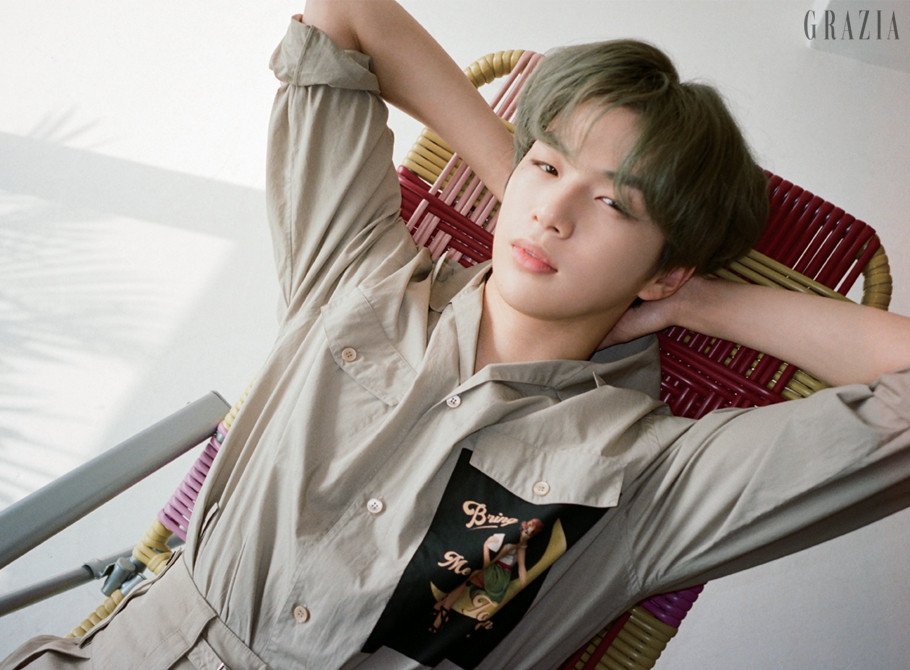 You talked about finding small, simple happiness. Have you found it?

First of all, I think playing VR at home is a small, simple happiness of mine.I couldn’t realize it while travelling, but I like playing games. While in Portland, every time I slept, I thought of games.I also dreamt about playing games with friends. I liked that a lot. At times like this, I don’t think there is any hobby as healthy as playing games.

Isn’t your pet cat a small, simple happiness too? When does the existence of your cat bring you real happiness?

When I finish my schedules and come back home, she meows by the shoe rack and welcomes me in. I feel so proud, like “ah, she’s welcoming me”. I think people who raise pets will all empathize with this. But honestly, even when she doesn’t do anything, she’s pretty.

You often say “let’s be happy”; is Kang Daniel of this moment happy?

So are you searching for happiness now?

I’m working towards my happiness. I think people want to find happiness because it’s difficult to say “let’s be happy”.

What does Kang Daniel think happiness is?

The best thing is that when you say “I look forward to tomorrow”, it doesn’t end there, but also in the future, next year, and the year after that; I wonder if happiness would be a life without worries? Everyone lives life so busily these days, don’t they? We all have a lot of thoughts. I think my happy life would be living my time on my own terms, being able to concentrate by not worrying so much about the many things I worry about now, living a more focused life.
It seems like you’re the type to not be able to let go easily.
I think I should go to the mountains. In fact, I’ve thought about living the life of a nobleman haha. Later, I want to build a village and live a quiet life there.

Before you retreat to a village in the mountains, please share a bit about your next plans. When will we be able to meet Kang Daniel again?

Of course, but I can’t tell you exactly when it will happen. Probably “soon”, but it could be 3 days, it could be a month later. But one thing for sure is that it’s not gonna be far from now. Until then, everyone, please be healthy. I think we should all be one meter apart and meet via one’s NPC (Non-Player Character). That’s right, let’s all become warriors together (laughs). 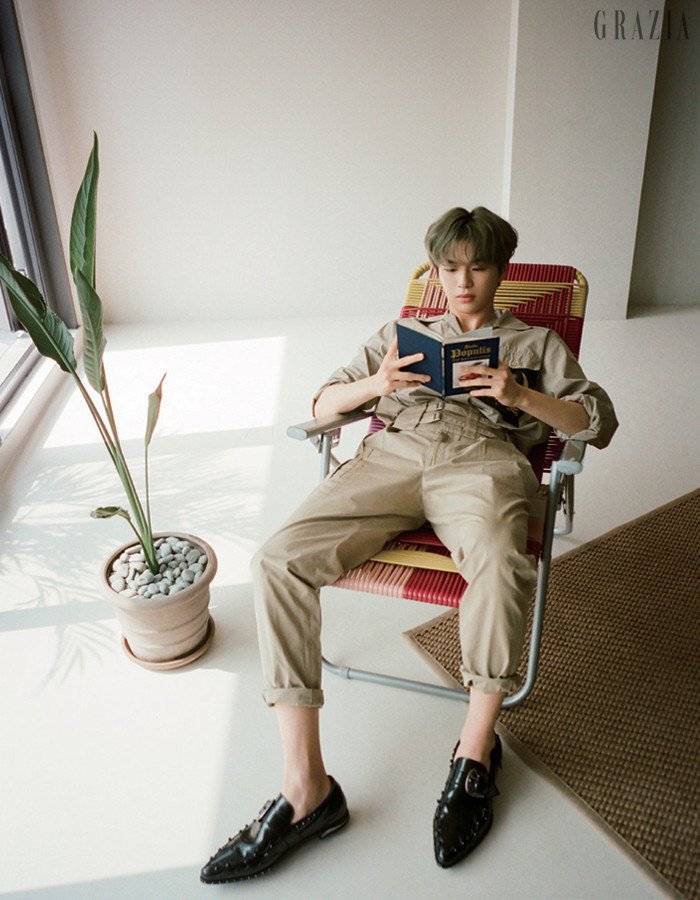 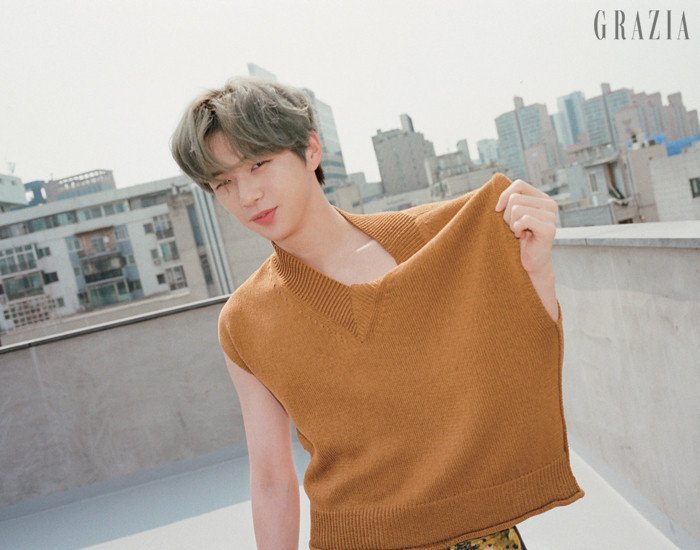 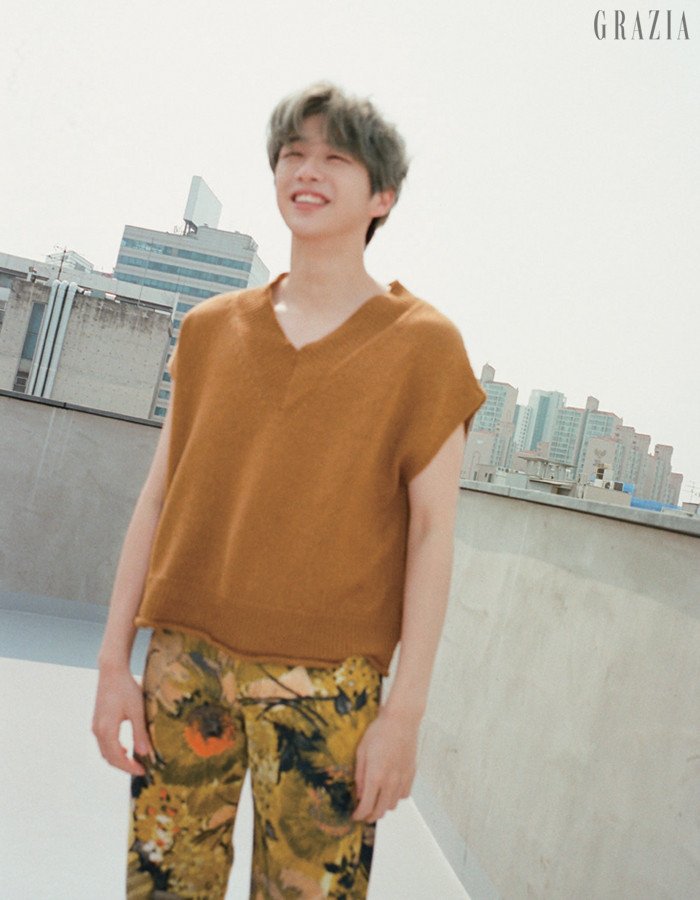 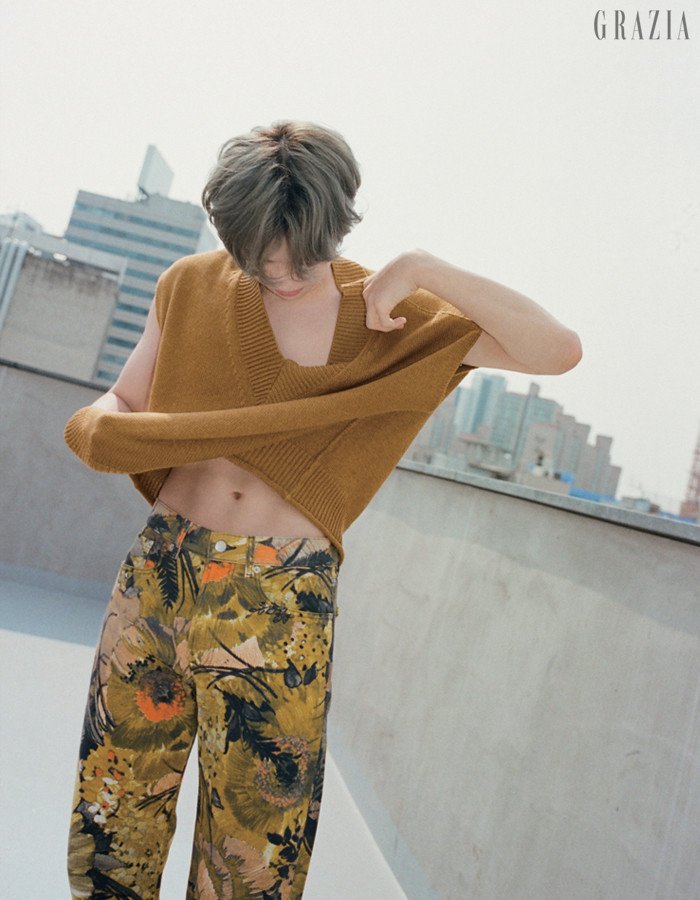 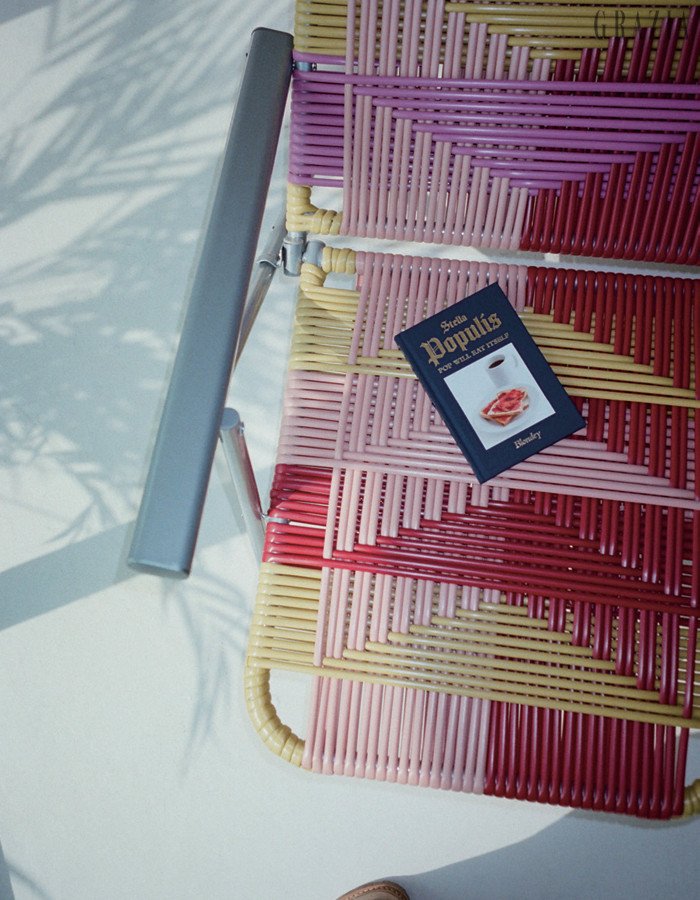 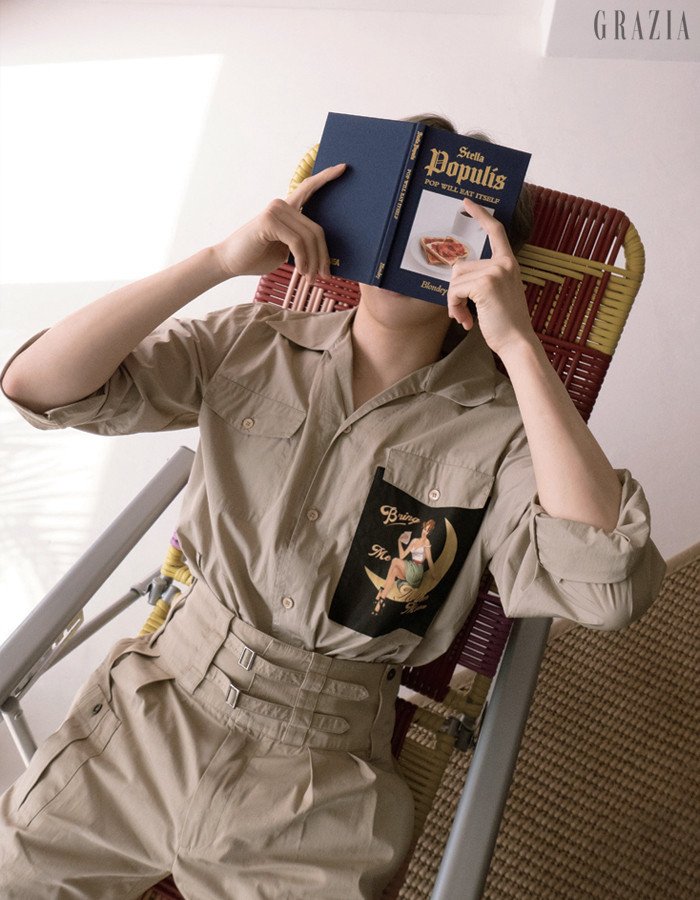