On January 31, 2020, Kakao Friends posted a teaser video of a person designing goods with Apeach and a mole under its right eye.[s] On February 3, Kakao confirmed the collaboration between Kakao Friends and Kang Daniel. APEACH KANGDANIEL EDITION would be released in South Korea and globally. Daniel actively proposed various ideas during the product planning stage. There are 47 items in the collection that fall in the categories of toy, living, fashion, and fan goods. On February 7, 31 items focusing on fashion and living goods were released. The remaining 16 items were released on the 21st. Items were sold on official online and offline stores. One photo card was randomly given per each online order while supplies lasted. At the offline stores, balloons were given on a first-come, first-served basis. Read more here.[s]

On February 19, Kakao Friends reported that all photo cards given to online consumers were exhausted within 18 minutes. 13 products from the first set were sold out in less than a week.[s] The Japan store reportedly had long lines.[s]

In September 2020, it was reported that Kakao Friends successfully entered the China market. Kang Daniel was cited as one of the Hallyu stars who helped boost Kakao Friends’ popularity. A month later, Kang Daniel’s Apeach line was available at ALAND in American Dream Mall.[s] [s] 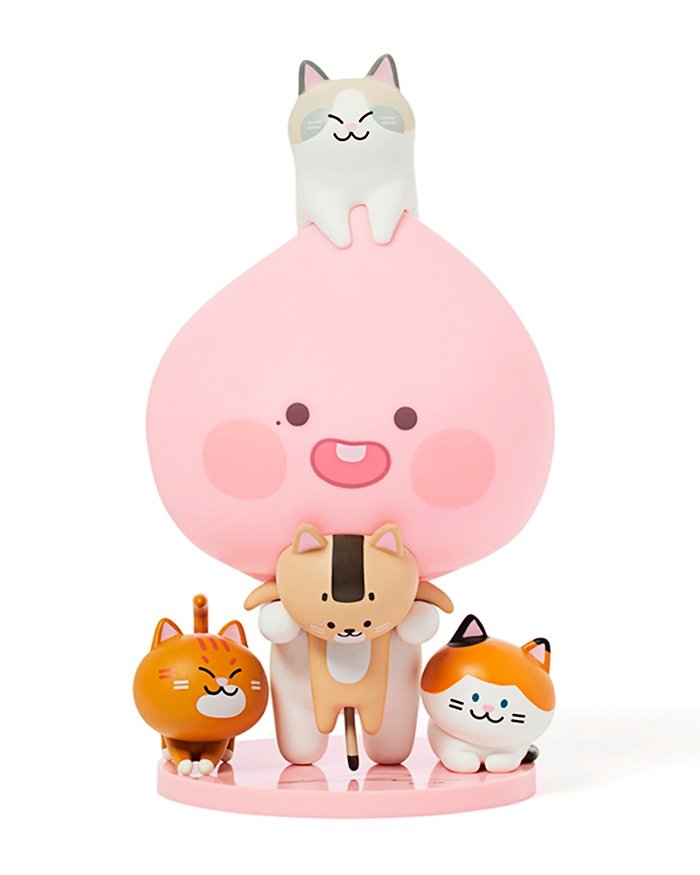 During Produce 101, Kakao Friends once uploaded a picture of an Apeach doll with a drawn eye mole.

A large Apeach figurine showed up at Kang Daniel’s Color on Seoul fan meeting. Apeach was in Cafe de KONNECT from the cafe’s opening until October 2020.[s] [s]

BACK TO ALL ENDORSEMENTS