[Team Talk] That moment we realized we were falling hard for Kang Daniel!

Either during Produce 101 Season 2 or later on through a fancam or a variety show, we all saw this guy that for some reason sparked our curiosity and made us fall for him. Once we fell for him, we couldn’t get out. Our team got together to share the moment we realized we were falling hard for Kang Daniel. What was your moment? 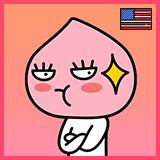 I watched the first season of Produce 101, so I was planning to tune into the second season too. My introduction to Daniel was a Harry Pote blog post, and I thought he was cute. The MMO gossip squad live commentary was one of my highlights in the first episode, and Daniel was confident, candid, and so rich with reactions there. Since the MMO audition was not shown on the show, I noticed he ended up in A class from the “Nayana” video. His cuts in that video drew me in. I became a fan when he said idols should be able to do everything, and then he showed his pretty vocal color, volunteered to dance in front of the teacher, and taught B class. After that episode, I looked up his videos and Instagram to learn more about him. I liked his personal style, cat butler ways, smiley self, and how he has his own flair when dancing. The rest is history.

I didn’t follow PD101 when it aired so I didn’t know about the pink haired guy. But on August 7th, 2017 (the day Wanna One debuted) I was browsing through Youtube and I stumbled upon “Energetic” MV. The song was so catchy I was curious about the group. So I scrolled down the comments and that’s when I found out the group was made from PD101. I picked “Nayana” first, then Daniel’s “Get Ugly” fancam. His charisma was overflowing. I always thought male idols look skinny, but Niel was also different in that sense. I couldn’t stop watching all his fancams after that.

It all started the day I somehow landed up on the IOI “Whatta Man” 2x Weekly Idol video on YT. And like always I started reading the comments where people were all gushing about the boys version of “Pick me” which somehow was also the next suggested video. That’s how I ended up on “Nayana” and right away noticed the ‘shining’ step done by a very pink boy with his blinding smiles. Right after “Nayana” I watched his Harry Pote introduction video and since I’m a HP fanatic, I thought he has my full support. But after episode 1 I was greatly impressed by his personality and the love kept growing episode by episode and the best part is, he’s still giving us reasons everyday to love him even more.

In the beginning I tried to watch P101S2 as a casual audience but I failed. Daniel caught my eyes when he said he want to be called GOD DANIEL in the first episode. I actually fell for Daniel because of the video where he is biting 칸쵸’s ear and from then I decided to STAN HIM with all my heart. <3

The moment I liked Danyel, that was during his very first appearance on “Nayana” MV. The pink haired boy just instantly stole my heart and I knew I would fall for a very long time with him. Maybe that’s what you call by love at the very first sight. The reason? Well in French, they say it “Je ne sais quai” – “I don’t know what”. Because why do we need a reason to like someone? When you do, you just do. I planned to watch Produce 101 Season 2 only for entertainment, but little did I know that it will bring me to enter the gate of this fandom. And personally, once I entered, it’s really hard to get out.

I don’t really like survival shows but I was very curious with all the hype around PD101. So after checking out some intro videos I told myself I would only watch the first episode, which of course I couldn’t do because the sassy guy (Jisung), the chatterbox with pink hair and a couple others made me want to keep watching. By the second episode I started to look forward to seeing the pink haired guy on screen again. I was impressed by his confidence and manliness, knowing all the “Nayana” choreo in the shorterst time. But what really got me completely was how genuine he sounded when he said Jaehwan couldn’t learn the choreography after practicing so hard and that was breaking his heart. Aaah, that really got me right in the feels. Daniel and Jaehwan have been helping each other since then, and while popularity could have gotten to Daniel’s head at this point, he is still just as genuine and kind. I couldn’t be more proud of him.

So these are our stories. We would love to know how other Peaches fell for Daniel. Let us know in the comment section below!