Even the Bodyguard Gets Fed Sweetly by Kang Daniel

Translation: happydanielfan | OurDaniel.com (take out with full credits) | Source: Insight 2018.08.01
Special thanks to mooonshine1210 for helping with the slang.

A fan-taken video of Kang Daniel during the ‘Wanna One SOL fan sign’ event for Shinhan Bank, was released through various online communities on July 31.

In the video, Kang Daniel showed a top notch fan service by making eye contact with everyone while speaking to his fans during the fan sign event. In particular, Kang received a ‘stress ball’ as a gift from a fan. 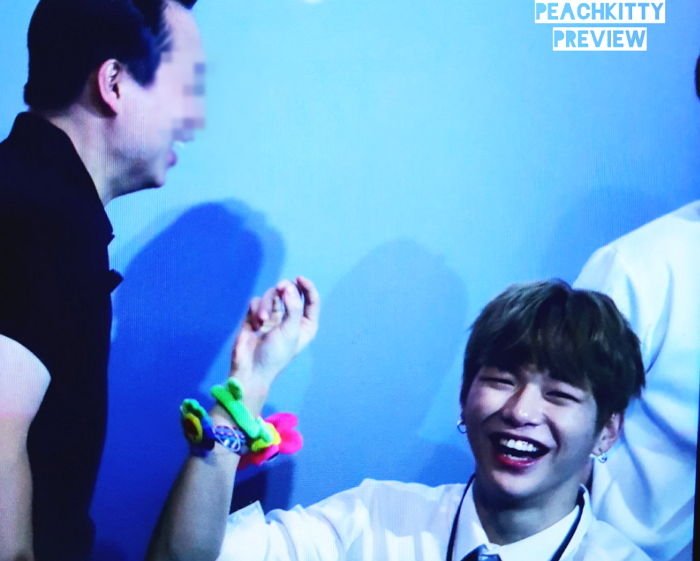 Kang Daniel seemed to really like the squishy soft stress ball and did not let go of it and continued to squeeze and play with it. Whenever he squeezed the stress ball, it popped out like a bunch of grapes. Upon seeing this every time Kang Daniel was talking with his fans, he pretended to pull a grape and feed them.

Kang Daniel was having so much fun with this that he even pretended to pull a grape from the stress ball and feed it to his bodyguard standing next to him, dubbed ‘Strong Friend’. The bodyguard may have thought that playful and bright Kang Daniel is cute as he played along and opened his mouth wide in a pose to accept the grape. 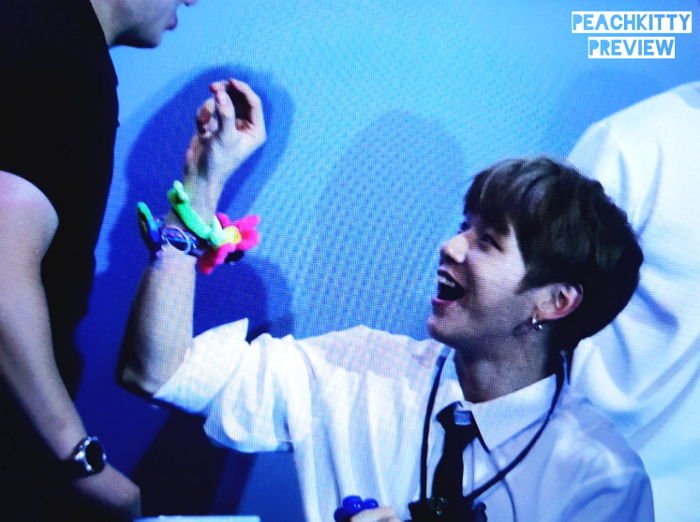 However, the bodyguard seemed to be embarrassed and gave a funny grin while hiding behind the staff next to him. Kang Daniel was surprised by the bodyguard’s opposite reaction and could not stop laughing as the man normally has a stoic expression and exudes strong charisma.

The fans remarked on Kang Daniel’s cuteness and his ability to melt the heart of a bodyguard overflowing with charisma. Fans reacted strongly with “Power Insider,” “Both of them are so cute,” etc.

Note: A Pann post trended two days ago with +500 upvotes about the same subject. You can check the post here.