[TopStarNews = reporter Han Sooji] A mother who is a fervent fan and loves Wanna One’s Kang Daniel is a hot topic online.

Recently on an online community, a Kang Daniel fan who is a mother was spotted online. [He has] the popularity that encompasses many generations with his charm, and like him the enthusiasm of this mother fan was like no other.

The enthusiastic mother fan was found to be no other than Kang Daniel’s real mom.

Kang Daniel revealed messages he shared with his mother through Wanna One’s official fancafe. Mama Kang said, “I am your fangirl” and “I purchased the Wanna One carrier luggage” and made people laugh. “I am busy fangirling over Kang Daniel,” said Mama Kang, sounding like a cute young fangirl.

Kang Daniel’s mom also shared her active fangirling during Mnet’s Wanna One Go, where she revealed that she bought all the products her son was endorsing and received bromides (posters) and bragged about them. 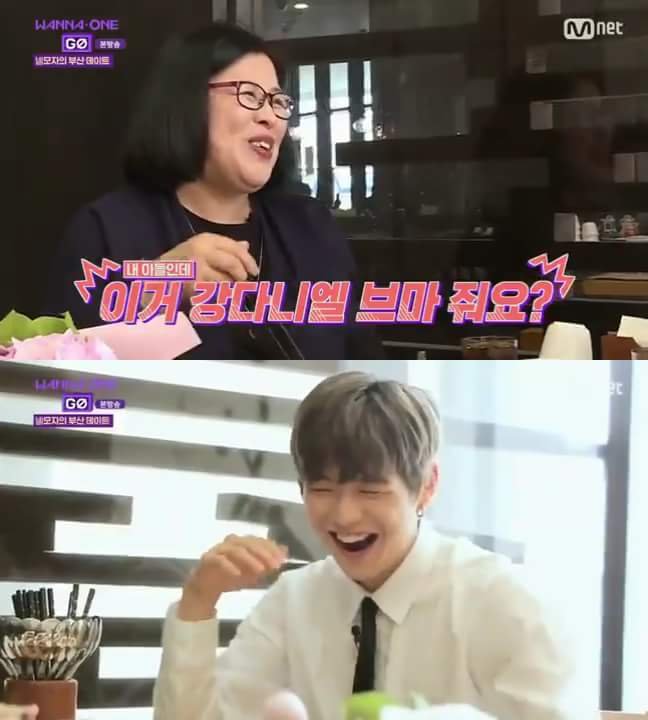 Meanwhile, Kang Daniel made his debut after winning first place in last year’s Mnet’s survival show Produce 101 Season 2, capturing the nation’s producers. His group made their debut on August 7, 2017 and will promote as a project group for about a year and a half until December 31, 2018.