July 06, 2018: The reason why North Korean defector Han Songyi escaped the North?
“Because of an idol…Kang Daniel comrade!”

Famous North Korean defector Han Songyi appeared on MBC’s radio show FM4U ‘Ji Sukjin 2pm date’. Ji Sukjin asked her if she likes idols to which she answered, “Of course I like them. I left North Korea because of an idol. I can’t believe that I’m sitting here. It’s a great honor.” She revealed that her favorite idol is Wanna One’s Kang Daniel.

She added, “My comrade Kang Daniel, hwaiting! I hope you enjoy ice cream and cheer up when it is hot like this.”[s] [finesnowniel]

Wanna One’s Kang Daniel unveiled the first overseas concert tour behind the scenes through his first V LIVE. The broadcast recorded 100 million hearts, proving to be a hot topic.

Held on July 7th through Naver’s V LIVE, Kang Daniel had his first solo V LIVE broadcast and spent time to communicate with fans. Kang started his V LIVE with movie recommendations and soon changed the format to responding to fans’ comments. He talked about a variety of things, including the fact that he likes winter the most of all seasons and that he relieves stress by playing games and naming his fans’ cats. Since it has been a year since the “Wannable” name was announced, he also sang happy birthday for the fans.

Kang Daniel commented, “I’m sorry to the Korean fans because I can’t meet them often while I’m touring overseas, but I want you to wait for us,” and “I’m grateful for the fans who know us more than I thought. I’m happy to see the fans overseas, and I feel appreciated as a person standing on the stage.”

The V LIVE succeeded in bringing a big response with 400,000 people watching and exceeding 100 million hearts in an hour. Wanna One will continue meeting the fans through V LIVE during their overseas tour.[s]

According to the report, the latest issue of a fashion magazine featuring Kang Daniel on its cover recorded extraordinary sales, while Kang Daniel’s solo online live stream received more than 100 million likes.

It suggested that Kang Daniel’s success is exceptional compared to other Korean artists, commenting, “The 21-year-old entertainer, who rose to fame after standing out during the South Korean idol competition reality show Produce 101, hasn’t yet made the move to films or TV dramas, but this has not stopped his popularity from increasing.”

It is very unusual for Chinese state media not to focus on Chinese national artists but a member of K-pop group, and this exception for Kang Daniel proves his global popularity over Korea.[s] [s]

There’s no rest in Kang Daniel’s popularity. Amidst the overseas tour, Kang proves his unrivaled topic generation and popularity by causing a lot of products to sell out.

In the Male Advertisement Model Brand Reputation index in the month of June, Kang Daniel topped the list followed by Gong Yoo and Park Seojun. Despite being away due to Wanna One’s world tour, Kang Daniel was still able to be on the list, confirming his overwhelming popularity.

In fact, one fashion brand (LAP Korea) chose Kang Daniel as a model after seeing sales of the clothes worn by Kang increase, and they hit the jackpot with the ‘Kang Daniel Edition’. The website crashed down that day due to having 17 million visits, as the tteokbokki coat created a buzz last winter. In spring, the jumper and trench coat from the same brand were found to be sold out. When you enter the phrase ‘Kang Daniel Edition’ in the home shopping site, a series of “sold out” items can be seen. Last month, a limited amount of bromides for AC’s were all sold out, making fans confess, “It’s as competitive as ticketing.”

In the July issue of Elle magazine in which Kang Daniel was on the solo cover, every copy, including additional copies, was sold out. Kang, who worked with CHANEL Fine Jewelry as its model, was chosen as the second male muse after Big Bang’s G-DRAGON. Amidst Kang Daniel’s continuous sold out parade, love calls still aren’t stopping. In MBC’s IDBTB, fans see his daily life in the show as a matter of great interest and concern that the phrase Kang Daniel as “a walking advertisement” is not far from reality.

A brand public relations official stated, “With the expansion of idol fandoms, 20-30 year old women are considered to be people of great influence. Even if it’s an expensive product, if it suits their favorite idol, they buy them without hesitation. Some buy it because of the satisfaction that they can have a couple item with their idol. It is only natural to use Kang Daniel, who has the highest individual brand value, as an advertisement model.” A representative from the agency states, “Kang Daniel, along with Wanna One, currently has more than 10 product endorsements ranging from household goods to clothing. Future advertisement are also under discussion.”[s] [itsmiyapeach]

[HERALD POP = reporter Lee Hyerang] We can literally say that Kang Daniel was the mascot for It’s Dangerous Beyond the Blankets. Whenever he came in contact with a cast member, there was great chemistry. He also showed great enjoyment in whatever he was eating, and he showed a great gift in conversation. Daniel’s daily hard work shone brightly until the last minutes of the show.

MBC’s entertainment show It’s Dangerous Beyond the Blankets ended Season 1 with the final tenth episode on the evening of July 12th. The last episode of the show featured a late-night get together of the homebodies of Danang vacation in Gyeonggi Province. At the invitation of rapper Loco, Wanna One’s Kang Daniel, HIGHLIGHT’s Yong Junhyung, NCT’s Mark, and actor Lee Yikyung gathered together. Loco also invited rapper Gray and Woo Wonjae.

The homebodies gathered in a vacation home and played games, such as spitting watermelon seeds, lemon eating contest, and fresh cream face bombing. They did activities that were no frills and simple but enjoyed themselves to the fullest and shared happy moments.

Afterwards, they ate together and discussed other idols they knew who were also homebodies. Kang Daniel said, “If they do another male show [DBTB], I know for sure I will be in it,” and showed his enthusiasm for the show. He has great affection for It’s Dangerous Beyond the Blankets, as it is Kang Daniel’s first entertainment show that he was cast in.

Kang Daniel has been a member of the original cast since the pilot of It’s Dangerous Beyond the Blankets. At that time, Kang Daniel was extremely lovable to any cast member he was with, and he was able to charm them like a “Chemi Fairy.” Also, his inability to do without/let go of his favorite jelly and his extreme jjajang/spicy ramen eating scenes showed a candid and earnest Daniel that heightened his attractiveness.

As Kang Daniel is the top trending popular idol, his casting alone created and increased the hype for the program. Gaining momentum from the hype and receiving a lot of love from the fans, It’s Dangerous Beyond the Blankets became a regular show.

Furthermore, Kang Daniel was also the first member to confirm his appearance as a regular cast member. He contacted the production team personally and expressed his intention to appear. It was because the show is very special to him, as he received so much healing from it, and he feels that the show also gives healing to the viewers as well.

Meanwhile, It’s Dangerous Beyond the Blankets, which showed the small but real happiness of homebodies via their fun and healing times, will return for Season 2. It is uncertain who the cast will be for the next season. However, as Kang Daniel proved to be an essential mascot the show cannot do without, it is anticipated that we will see Kang Daniel in Season 2.[s] 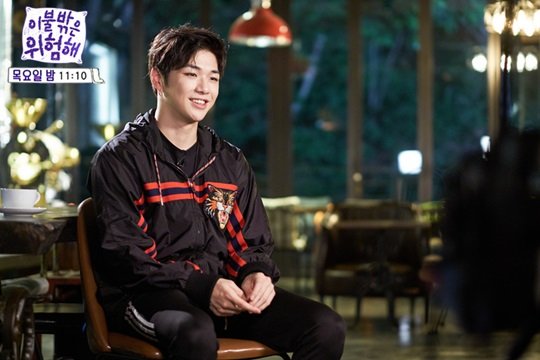 [OSEN = reporter Yoo Ji Hye] MBC’s It’s Dangerous Beyond the Blankets successfully finished season 1, producer Lee Yoon-hwa in charge of the show expressed his appreciation for the ending of the season and the cast.

Q: “It seems that Kang Daniel has shown the essence of the program. Wasn’t he really busy when shooting for the show?”

PD: “You’re right. His schedule must have been tough. Nevertheless, even if he just came and slept, he seemed happy with that one thing. That side of him made the program’s mood alive, so we were so thankful to him. I clearly remember meeting him for the first time. Even before Produce 101 was over, I thought I had to cast him.”

“Even though we had the first meeting early in the morning, I thought, “What is this brightness/pureness that I have never seen?” (Laughter) He kept showing that aspect just like the first impression, and it was good to see. He is a person, but I felt that he is like white milk.”

“Despite that he has become a huge star, he has made friends in his own way here. It seem like he really got close to the rest of the cast. He could just do the “broadcast.” But instead, he didn’t think of it as a “broadcast” and had shown the genuine side of him. I feel grateful to Kang Daniel for that.”[s] [sosweetniel] 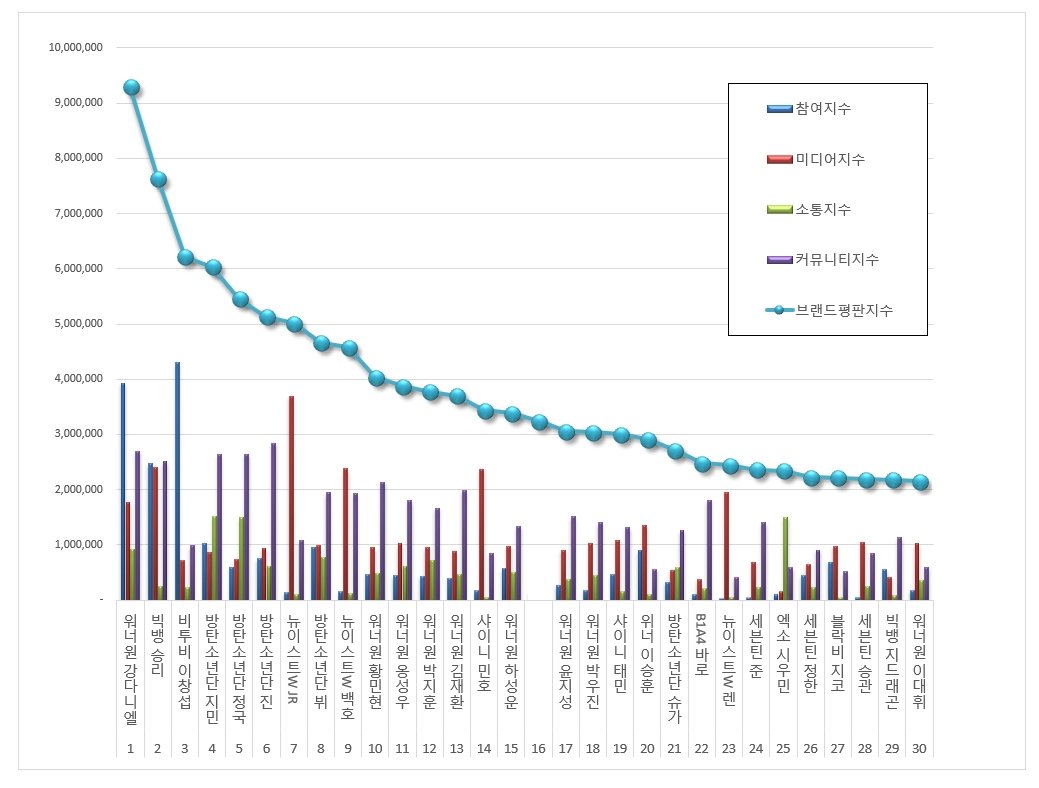 Wanna One’s Kang Daniel has impressively maintained his Brand Reputation Ranking for Individual Boy Group Members no. 1 position consecutively for 12 whole months, making him the first idol to ever do so with a total index score of 9,300,712.

A source from the institute revealed that the most popular keywords associated with Kang Daniel this month included “fashion,” “airport,” and “Wanna One.” A positivity-negativity analysis showed that the idol’s score was 85.1% positive reactions.[s] [soompi]

In celebration of k-pop boy group Wanna One Kang Daniel’s one year debut anniversary, his fans made a generous donation.

On July 25, Kang Daniel’s fan community Danielcom donated a total of 120 electric fans to Yeongdo-gu Seniors Welfare Center. Busan’s Yeongdo-gu is the neighborhood where Kang Daniel was born and raised before his debut.

The fans commented, “Many people are suffering from continuous hot weather. To celebrate Daniel’s debut anniversary, Danielcom has decided to donate 120 electric fans for the elderly citizens in need. We hope this kind, gentle breeze of Kang Daniel can help the seniors overcome the hot summer weather.”

They concluded the message, “Thank you for the ones who helped this donation to be made earlier than it was originally planned. The fans will be delivered to senior citizens who live alone by the end of this week.” [s] [s] 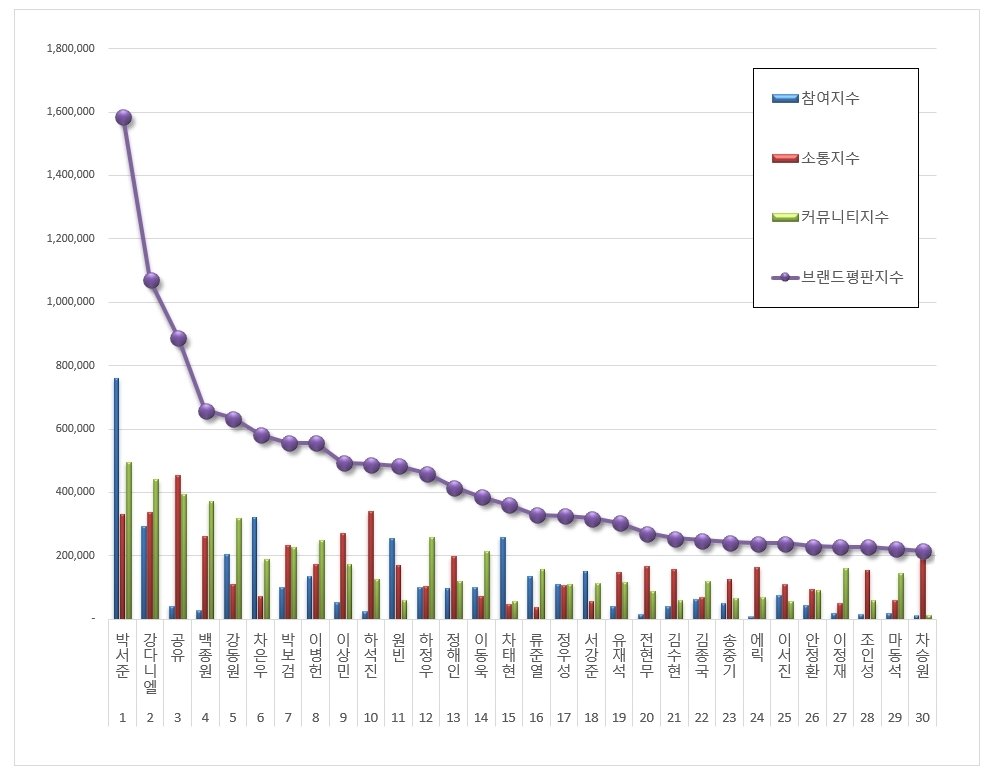 The rankings were determined through an analysis of consumer behavior using big data collected from June 27 to July 28. The Korean Business Research Institute evaluated the participation, communication, media, and social values of 50 male advertisement models in order to calculate each star’s total brand reputation index for July.