Kang Daniel, What Happens After Wanna One Disbands?

[SportsQ = reporter Joo Han Byeol] It’s been a year since Wanna One made their debut. The center of Wanna One, Kang Daniel, has been active in various entertainment programs, commercials, and other activities and has become the “Top Trending” idol.

The popularity of Wanna One’s Kang Daniel is “current and ongoing.” As a result, fans have high expectations for Kang’s future activities after Wanna One disbands.

Wanna One is a project group that debuted through Mnet’s Produce 101 Season 2. As each member comes from a different agency, they are expected to go back to their own agencies and prepare for debut. In IOI’s case, the group that was born from Produce 101, there were members who simultaneously had activities with IOI and activities with their own agencies.

But unlike IOI, whose members used to promote with existing groups from their own companies as well as IOI, the Wanna One members have solely focused on Wanna One’s activities. That is one of the main reasons it is difficult to predict what their future plans will be. 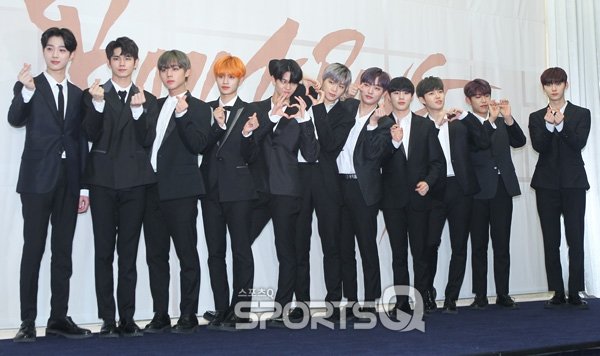 Kang Daniel along with Yoon Jisung are under MMO Entertainment. As they have gained a lot of fans through Produce 101 Season 2, the chances of them debuting together in a idol group is high.

IOI’s Joo Kyulkyung and Im Nayoung’s situation is similar. They belong to Pledis Entertainment and debuted together as Pristin.

They do not only do group activities, however. IOI’s Chungha debuted as a solo artist and is having a successful career. Her solo activities are even more successful than those of other members who debuted as a group, and since Kang Daniel has a very strong individual fandom, there is also high chance he will debut as a solo.

Wanna One will have their last activities on December 31st. Kang Daniel is considered to have renewed the definition of idol with countless records. Fans are anticipating the “Top Trending” star Kang Daniel’s 2019 with concern and expectations.