A Japanese magazine article about the Korean Wave is attracting people’s attention. The Japanese fashion magazine Daily More released a list of five Korean idol groups and a soloist to anticipate in Japan this year. (Note: This might be related to MAMA Japan)

The Daily More published a review article titled “Recommended Korean Music Artists for Women Over 25.” The artists were selected by models, authors, journalists, editors and photographers.

Wanna One, the group formed with the winners of Mnet’s Produce 101 Season 2, has become a social phenomenon in South Korea with the charms of a new generation. The editor of Daily More who introduced Wanna One said, “They have character and a combination of dancing and singing skills that make you want to look at them through the eyes of a noona.” The editor added, “All the members are good, but the one I choose emphatically as the absolute ace is Kang Daniel. His bright smile makes my heart flutter,” showing the heart of a true fan.

Other idols mentioned are Mamamoo, Blackpink, NCT 127 and Samuel. 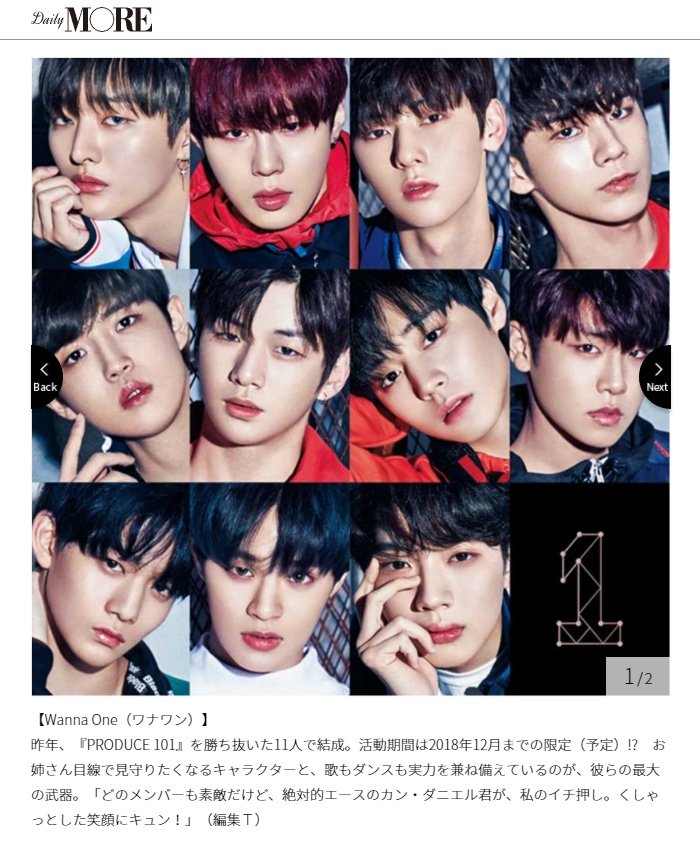