Kang Daniel is a “Star amongst the Stars.” Celebrities coming out as fans

There is a saying “A Star amongst the Stars.” The Star that is the object of desire amongst peers of the same industry is the star that is loved by all. Wanna One’s Kang Daniel is the one who suits this saying. Many stars have come out through “NielMingOut” (T/N: Fans coming out cheering for Daniel) and have attested to the fact that they get “heartsick over Kang Daniel.”

Kang Daniel, who took first place during the final voting of Mnet’s Produce 101 Season 2 and became the center of Wanna One, caught the hearts of female fans ever since his trainee days. Kang Daniel was tenderhearted and took good care of fellow trainees. He also showed good manners full of consideration (T/N: awww I totally agree, he was so considerate and sweet). However, on stage he showed a powerful performance full of charisma and became the real “Star amongst the Stars.” 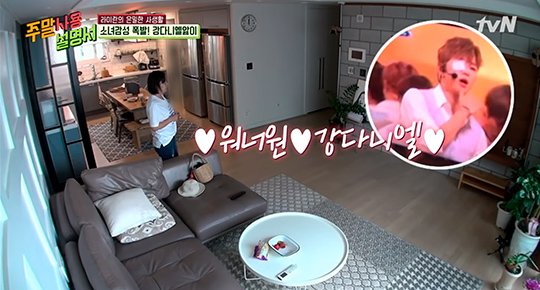 On the cable channel tvN’s Weekend Playlist broadcasted on the 7th, Ra Miran revealed the heart of a fan for Kang Daniel. Ra Miran, known as Kang Daniel’s fan, watched Wanna One’s stage on TV while packing for camping and stopped what she was doing to focus on the screen.

After Kang Daniel appeared, Ra Miran expressed concern with admiration. Seeing Daniel looking a bit thin, Ra Miran was sad and showed her endless streaming of Wanna One songs when she was driving. 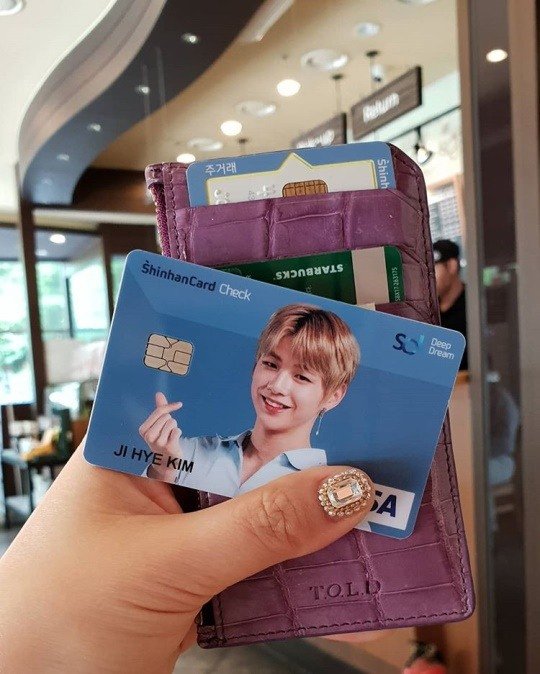 Comedian Kim Jihye also showed affection for Kang Daniel. In February, Kim Jihye uploaded a photo of Kang Daniel and a Samoyed on her Instagram. During Produce 101 Season 2, fans nicknamed Kang Daniel “Samonyed” because his half moon eye smile resembled a Samoyed’s.

Kim Jihye said, “Aigoo* my puppy. Because of you, this noona is going through 19 very well.”** “Cry then laugh, that is happiness. If you haven’t seen it, please start soon. Replay is free,” she wrote and recommended people to see Produce 101 Season 2 again. (T/N: *Aigoo is a form of onomatopoeia that Koreans use to say “Oh my.” **Like she’s going through her teenage years again)

Last June, Kim Jihye posted a photo of a bank card that Kang Daniel was advertising. She said, “Oppa gave me this card. He said eat and buy whatever you want. Awesome oppa. However, he said, ‘Check the balance on your card’” and showed her affection for Kang Daniel.[s] 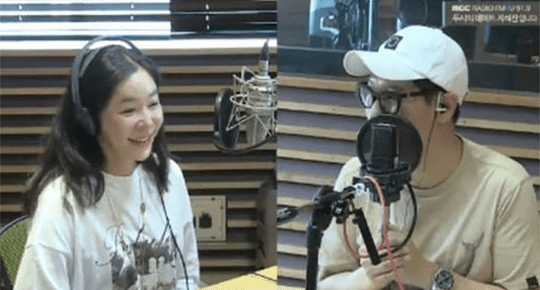 Actress and singer Lee Hyeyoung appeared on radio and did a “NielMingOut.” Lee Hyeyoung, who appeared on MBC FM4U ‘s Ji Seokjin 2PM Date, requested Mnet’s audition program song “Open Up” as her song choice. While explaining her song selection, Lee said, “I actually like Wanna One. I’m a fan.”

Then DJ Ji Seokjin asked, “Who is your favorite in Wanna One?” Lee Hyeyoung replied with “Everyone. I like them all, but I really like Daniel” and laughed shyly. Lee Hyeyoung said, “When I saw the ‘Open Up’ stage, my heart was captured.”

During his activities as a member of Wanna One, Kang Daniel showed that he has the attributes of a PalBangMiIn (T/N: 팔방미인 = jack of all trades). Aside from his activities as a singer, he has also been active in entertainment programs and received lots of love from citizens.

It is expected that Kang Daniel’s activities will continue to be excellent even after the end of Wanna One’s activities. Everyone’s anticipation is high as to what kind of Kang Daniel we will see performing on stage and how much he will have progressed.