Thank you, Wanna One: A Look at Some of Their Best Moments

Though we don’t see each other,
we’re still in the same road.

Wanna One has officially ended their activities as a group on January 27 after 512 days of activities with their final Therefore concert. However, the members will always be part of Wanna One regardless of the path they choose to follow next.

In this post we compiled some of the most important moments and achievements that made Wanna One the best rookie group of 2017, one of the greatest K-pop acts of all times, and some of the reasons why we will never forget them.

“If you wanna come along, you have to pay”

During the first episode of Wanna One Go on August 3, the members got together to come up with a group greeting. Searching the Internet for options that could combine with Wanna, Ha Sungwoon read aloud the phrase, “If you wanna come along, you have to pay.” This hilarious moment went on to become Wannables’ iconic catchphrase, often used when getting tickets for their concerts, fan meetings or buying merch.

Wanna One debuted on August 7, 2017 at Gocheok Sky Dome with an audience of around 20,000 fans. This marked a historic moment in K-pop as the first group to ever debut in a dome stadium. The show Produce 101 Season 2 had been such a huge phenomenon in South Korea that Wanna One’s debut Show-Con was highly anticipated. As soon as the Interpark website opened its first day of ticketing available only for fanclub members a month prior to the show, the website received 530,000 visitors, making it crash immediately. The lucky ones who managed to get their tickets did it in 1 minute!

On the same day of their debut, their album 1X1=1(To Be One) was released on all streaming sites. The title track “Energetic” achieved a real-time all-kill and 99,748 unique listeners on Melon after 1 hour. Their MV also reached 4,034,795 views on YouTube during the first 24 hours (and is currently their most viewed MV with 99 million). On August 16, “Energetic” got its first music show win on MBC Every1 Show Champion and was the first of 15 total music show wins, making “Energetic” the song with the most wins in 2017. Wanna One was also the male group with the most overall music show wins that year, including 8 wins from “Beautiful” for a total of 23 wins.

To this date, their debut album 1X1=1(To Be One) and subsequent repackage 1-1=0 (Nothing Without You) reached a total of 1.4 million copies sold, which makes Wanna One the first ever rookie group to achieve more than 1 million album sales. They reached a “Million Seller” status at the end of 2017 only 101 days after their debut. 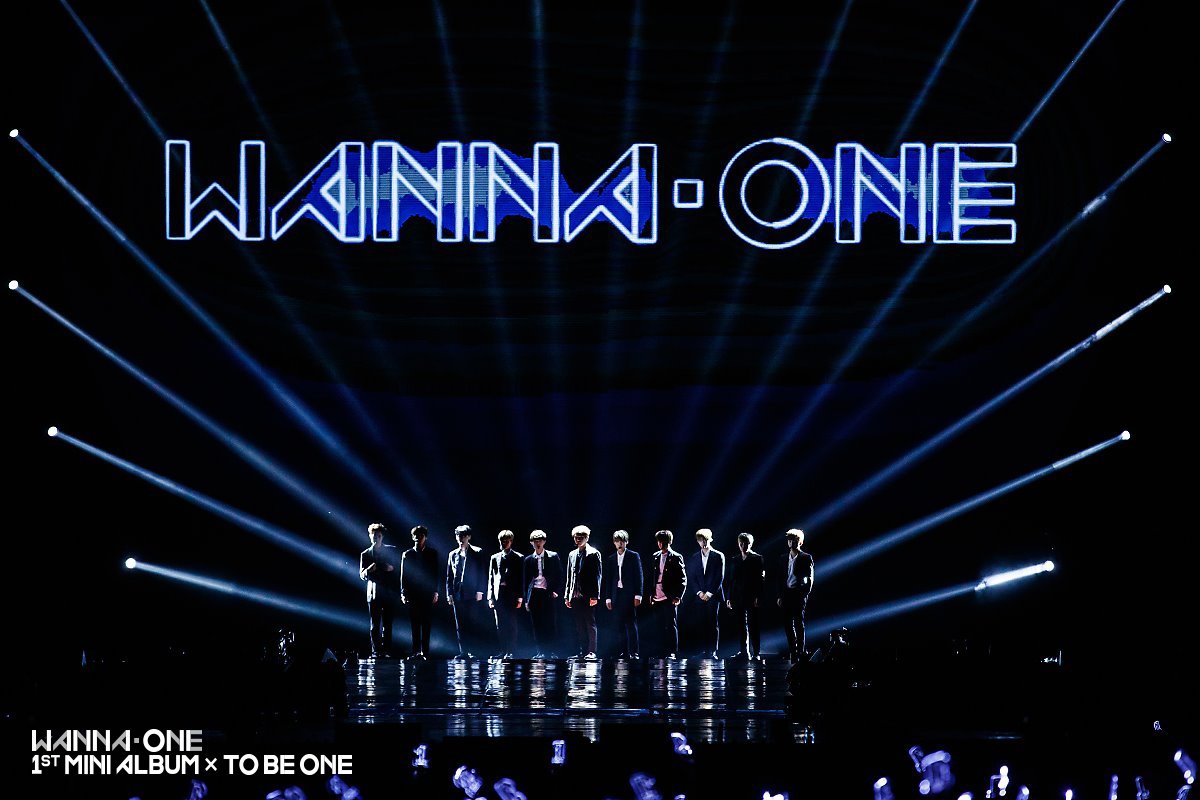 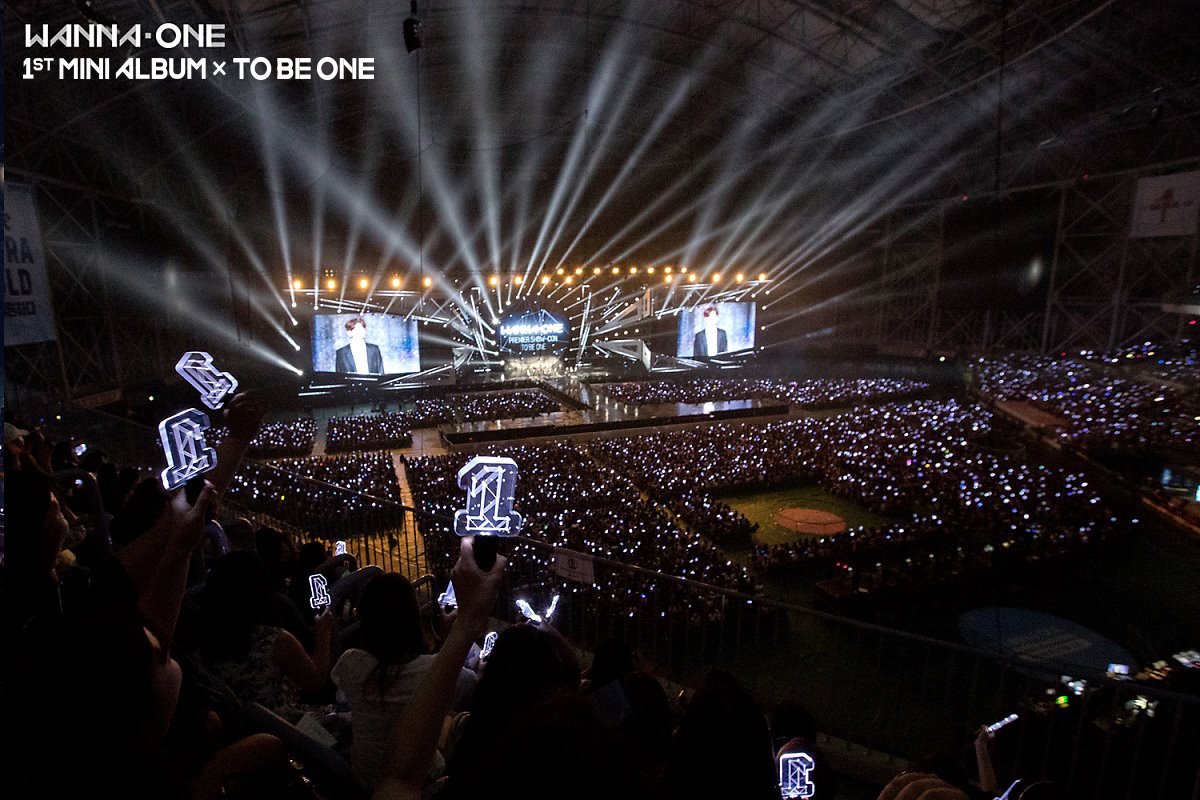 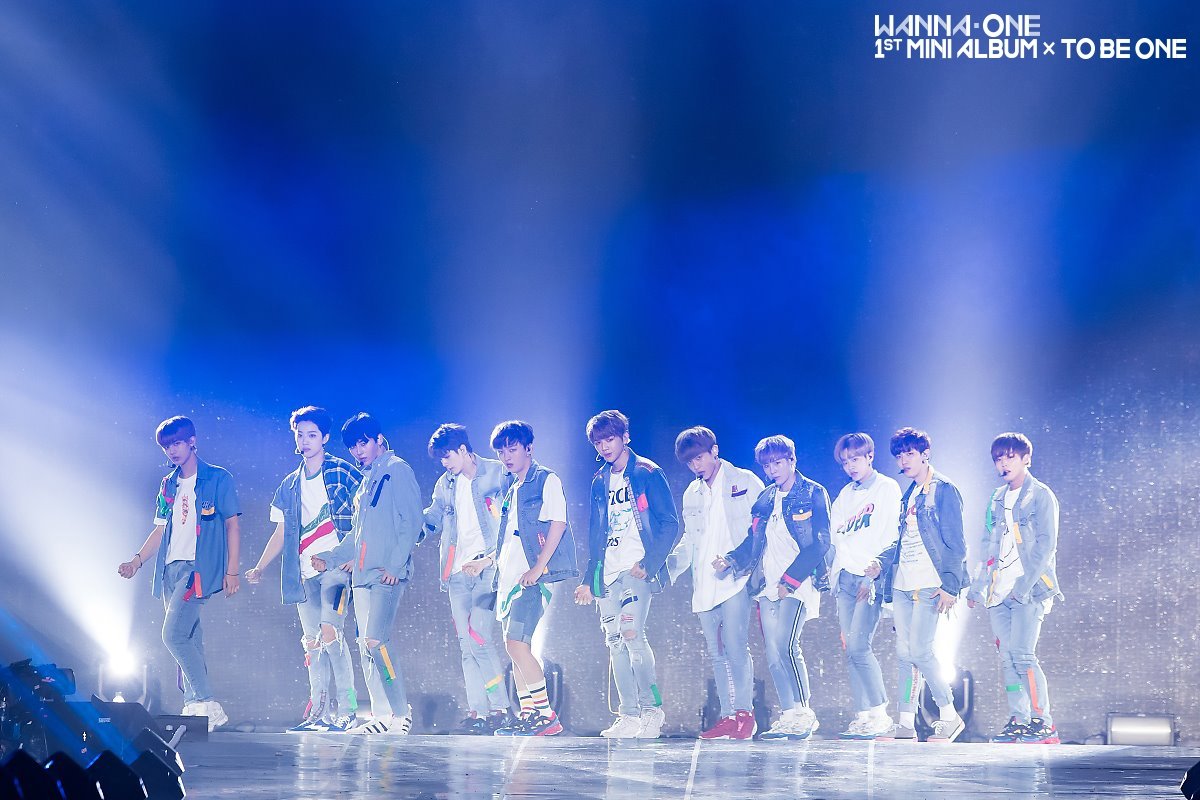 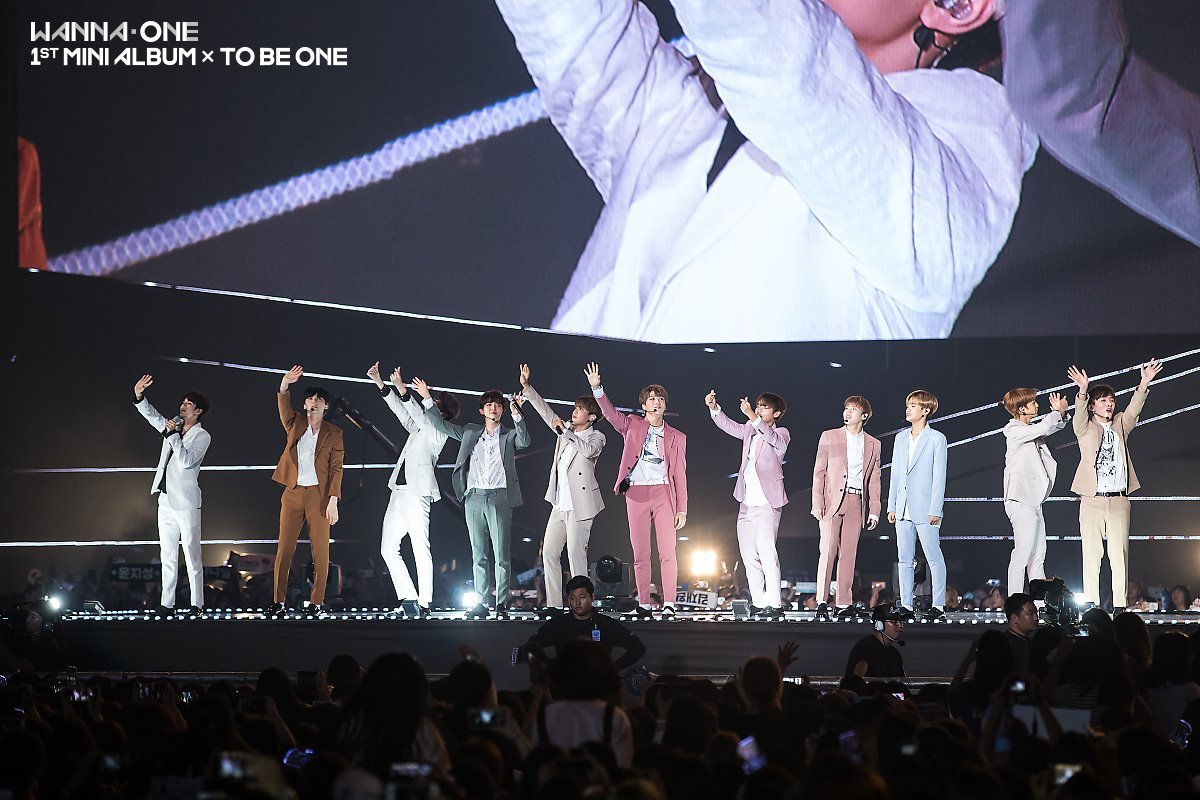 With only 13 days since debut, Wanna One made their grand overseas debut at KCON 2017 in Los Angeles, catching everyone’s attention with their immense stage presence and energy. They performed their successful debut track “Energetic” and hits from the Produce 101 show “Nayana” and “Never”. Not only was this their first overseas schedule of many to come, but this was also Kim Jaehwan’s first time ever on a plane! That must have been a very memorable experience.

The boys of Wanna One attended MAMA 2017 as the biggest act to perform in all 3 ceremonies held in Vietnam, Japan and Hong Kong. After receiving the expected Best New Male Artist at MAMA Japan, Wanna One attended the last ceremony in Hong Kong to give a memorable performance that included a giant luminescent puppet. But the most memorable moment from that night was their shocked reactions when they were announced as the winners for Best Male Group. This was their biggest award at that time with less than 5 months of activities.

Within their first year anniversary, Wanna One embarked on a world tour that would take them to 11 countries, 14 cities and a total of 20 concerts. Their first three opening concerts in Seoul gathered around 60,000 fans, and Wanna One World Tour in Bangkok was the 3rd most Tweeted about concert in Asia Pacific. It’s not everyday that a rookie group can accomplish a world tour of this magnitude.[s] [s]

The Power of Wanna One’s name

In terms of brand power, Wanna One were 17 months in the top 2 for Boy Group Brand Reputation, 6 months in 1st place. Their strong brand power was further proven by the 33 endorsements they had overall, 22 of them being with the full group, and 11 others in units or solo. Wanna One’s center, Kang Daniel, endorsed 6 brands and topped both Male Advertisement Model Brand Rep (4 times, 11 times in the top 4) and Individual Boy Group Member Brand Reputation for 15 months out of 17. Other members of Wanna One were all within the top 30 (mostly top 10) since debut till graduation.

The media exposure was equally amazing, featuring in 37 magazine issues, from fashion to lifestyle and socioeconomic magazines alike. Furthermore, the Wanna One members guested or were casted in at least 26 different TV variety shows, individually or as a full group.

Graduating at the Top

Wanna One ended their contract on December 31, 2018, as one of the top male groups of the last two years. Their last concerts from January 24 to 27, gathered an estimate of 80,000 attendees.

Among some of their accomplishments, Wanna One received 42 music awards, 9 other culture and media awards, and 49 music show wins. In 2018 they were once again the male group with the most music show wins, 26 in total ( “IPU” 2 wins, “Boomerang” 10 wins, “Light” 7 wins, “Spring Breeze” 7 wins). They had 5 consecutive no.1 albums and digital all-kills since debut. Of their albums released in 2018, 0+1=1 (I Promise You) was certified Triple Platinum, while 1÷x=1 (Undivided) and 1¹¹=1 (Power Of Destiny) were both certified Double Platinum. Their music videos also reached a whopping 306 million views in total on YouTube.