The so-called “Celebrity Forests,” named after the name of a star that fans like, are located throughout the city. For them, these forests are always shining brightly in their place with a presence full of life. Like the star who always shine in their hearts. 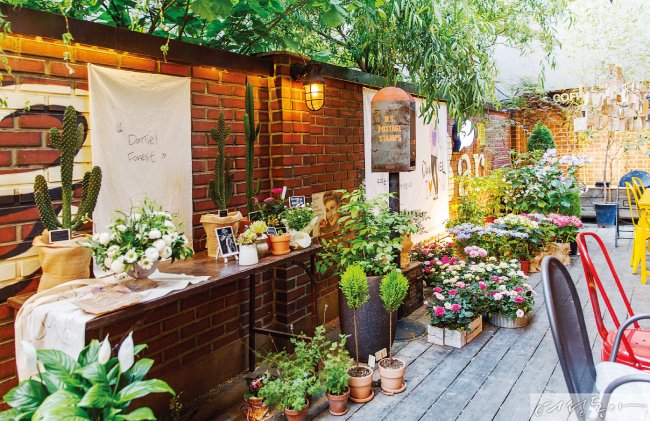 On May 5, a forest garden was created on one side of a café in Sinsa-dong, Gangnam-gu, Seoul and is crowded every day with fluttering hearts of Seoulites. When you walk into the café after passing through the fence with lavender flowers, there’s a “ㄱ” shaped pathway where there are edges surrounded by pink roses, yellow sunflowers, and even round cactuses that brighten the hearts of those who see them. The most striking plants among them are the ten tall birch trees deeply rooted in the soil. The birch trees have the symbolic meaning of “waiting for you” and contain the earnestness of fans. Fans of singer Kang Daniel who wished he would return to his activities soon created this forest with the intention of cheering and waiting together. It’s called the “Daniel Forest.”

The first one to come up with the idea is StoryBlossom, a famous Kang Daniel fan blogger. She works for a company near the café, and she thought of having a space for Kang Daniel in the city’s center. She created the forest with the help of Lee Jongho, the head of the café Picky Papa, which usually supports artists’ activities.

”Daniel, who recently ended his activities with Wanna One, was originally scheduled to make a solo comeback this April, but it was delayed due to a dispute with his company. There were expectations of a splendid comeback during the sunny season, but it seemed to be a rather sad season for fans. I wanted to cheer for Daniel’s return and wanted a place where troubled fans could come and relax anytime, so I made this forest. Daniel, who is good at singing, is handsome, and has a good personality as well, has a tree-like presence to fans.“ 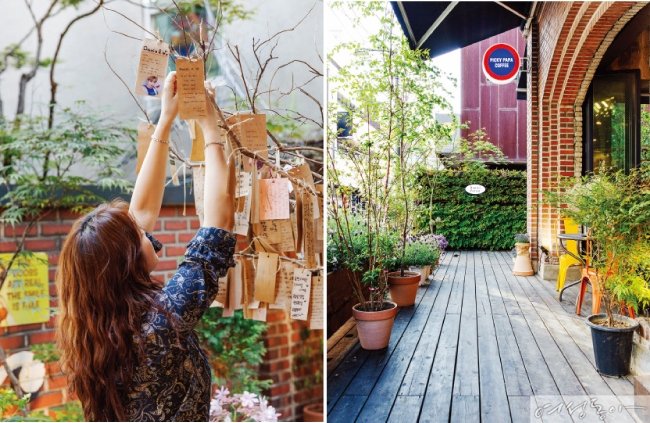 After the initial participation of ten fans, the Kang Daniel Forest project has been growing in scale as more fans are continuing to show interest. Soon ten more birch trees will be planted, and every day flowers of various colors from unknown donors continue to make the forest more colorful. In a day or two, the withering flowers are replaced by flower pots or perennial wildflowers, which shows the fans’ diligence. Fans water the plants on their way to and from work and voluntarily tend to the forest even though no one asked them to do so. The florist who used to be in charge of the café’s interior design was touched and is also cultivating the forest together with fans.

There are banners with photos of Kang Daniel, support messages, and hanging decorations with fancards on the nearly abandoned old trees in the café. A fan who recently passed away after having a surgery had a white chrysanthemum flower pot with a letter saying, “When I think about you, this seems like a small thing. Ha-ha~” A white-haired grandmother fan left a heart-shaped cactus and had a note reading “From Yangyang ♡.” Other notes like “Please return slowly at your own pace,” “Kang Daniel who gave me so much comfort and let me know about passion,” and “Thank you for living in the same time period as me” were hanging on tree branches and fluttering in the wind. Kim Soyoung, a fan who participated in the planting of the birch trees but couldn’t come often because her home was far away, expressed her feelings when visiting the forest for the first time.

“It’s healing to watch the trees grow little by little. My body and soul that get exhausted from the daily routine feel comfortable when I come here. Because Daniel loves his fans I think he’ll also like this place which we like. I have never seen Daniel in real life, but I hope I see him here by chance.” 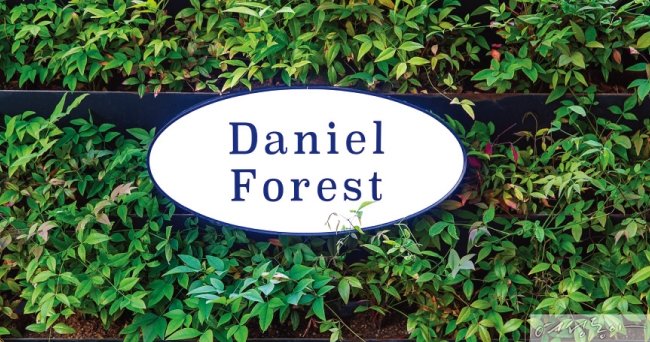 Anyone can visit the place, including students, office workers, housewives, male fans, family fans, and foreigners. Many people became interested in Kang Daniel after simply stopping by the café and looking at the forest. People who went out for a walk with their dog were drawn to the café by the scent of flowers. Even those who are not fans, such as people who stop by for their lunch break to take a breath of fresh air, also come here and feel happy for a while. This was also the intention of the fans who created the space. Fan Choi Heesun, a neighborly resident, said she visits the place almost every day.

“Sometimes I come here twice a day. When I come here, I feel like I’m with Daniel. We meet other fans, exchange goodies, and do free giveaways. It’s better to fangirl together than alone. Even if we only talk about Daniel all day long, no one is going to say anything (laughs).”

Daniel Forest will continue to operate for the time being.
35 Gangnam-Daero 162-Gil, Seoul (South Korea) 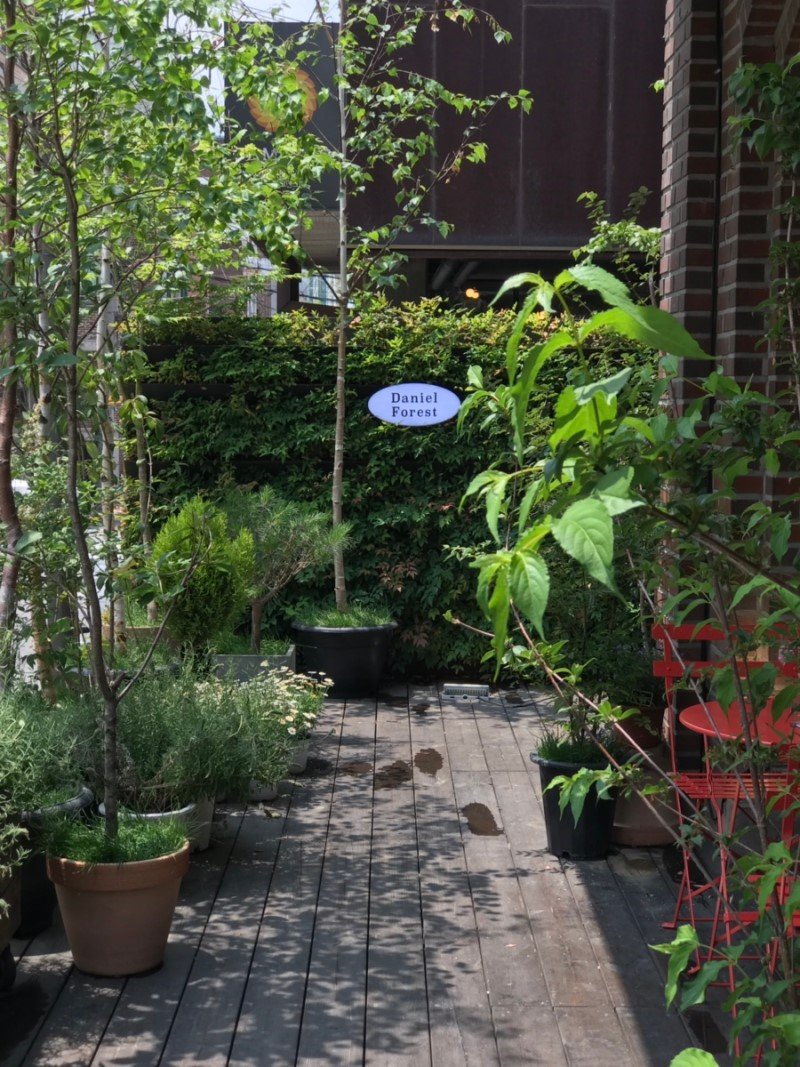 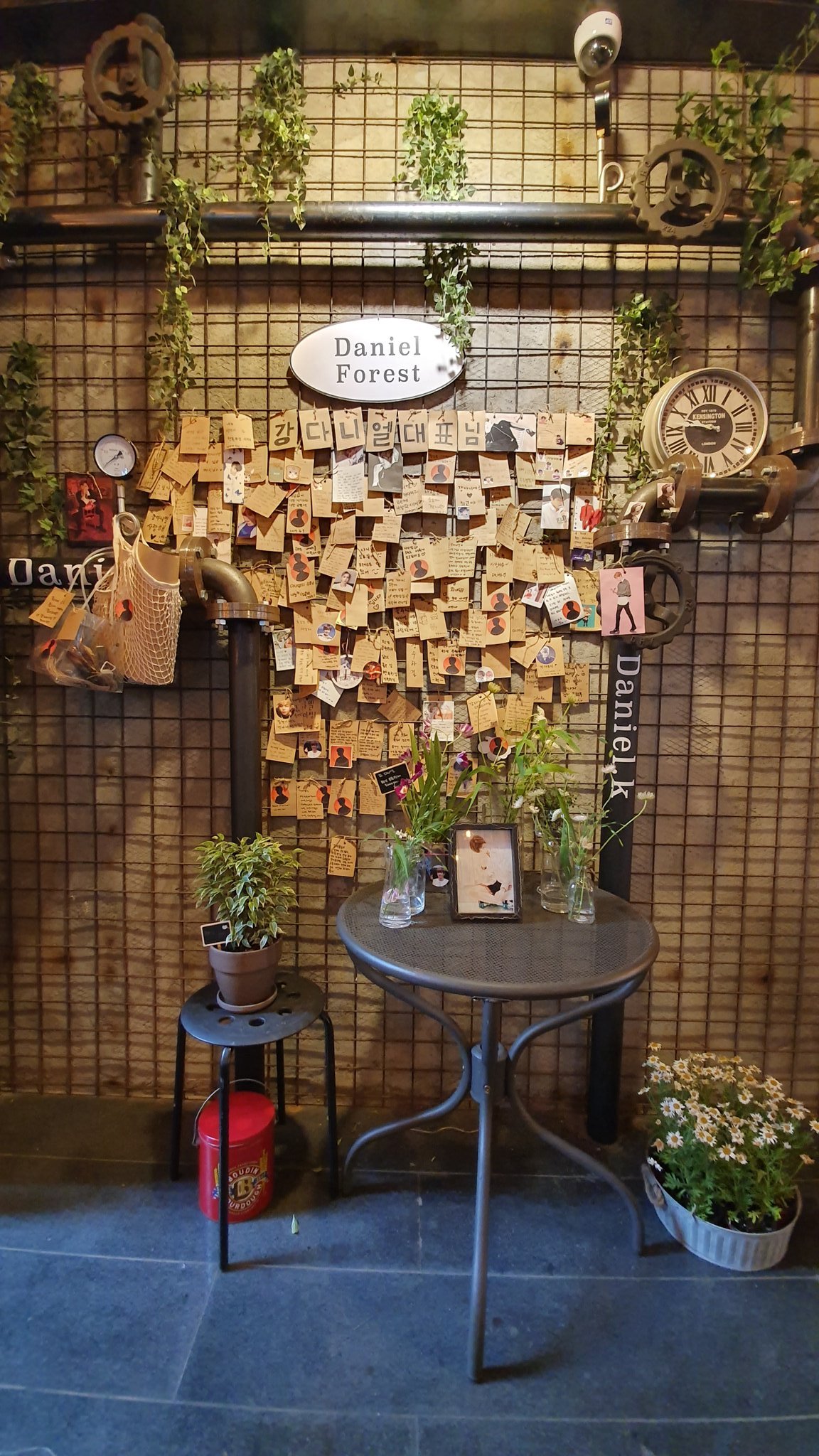 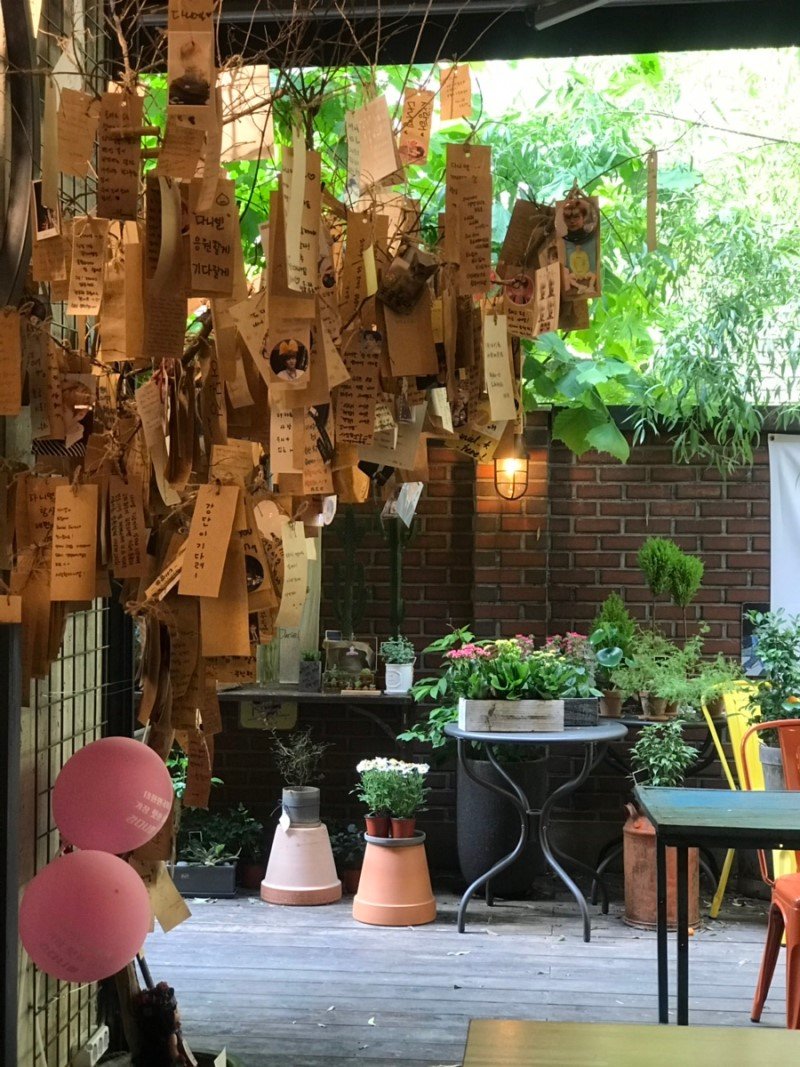 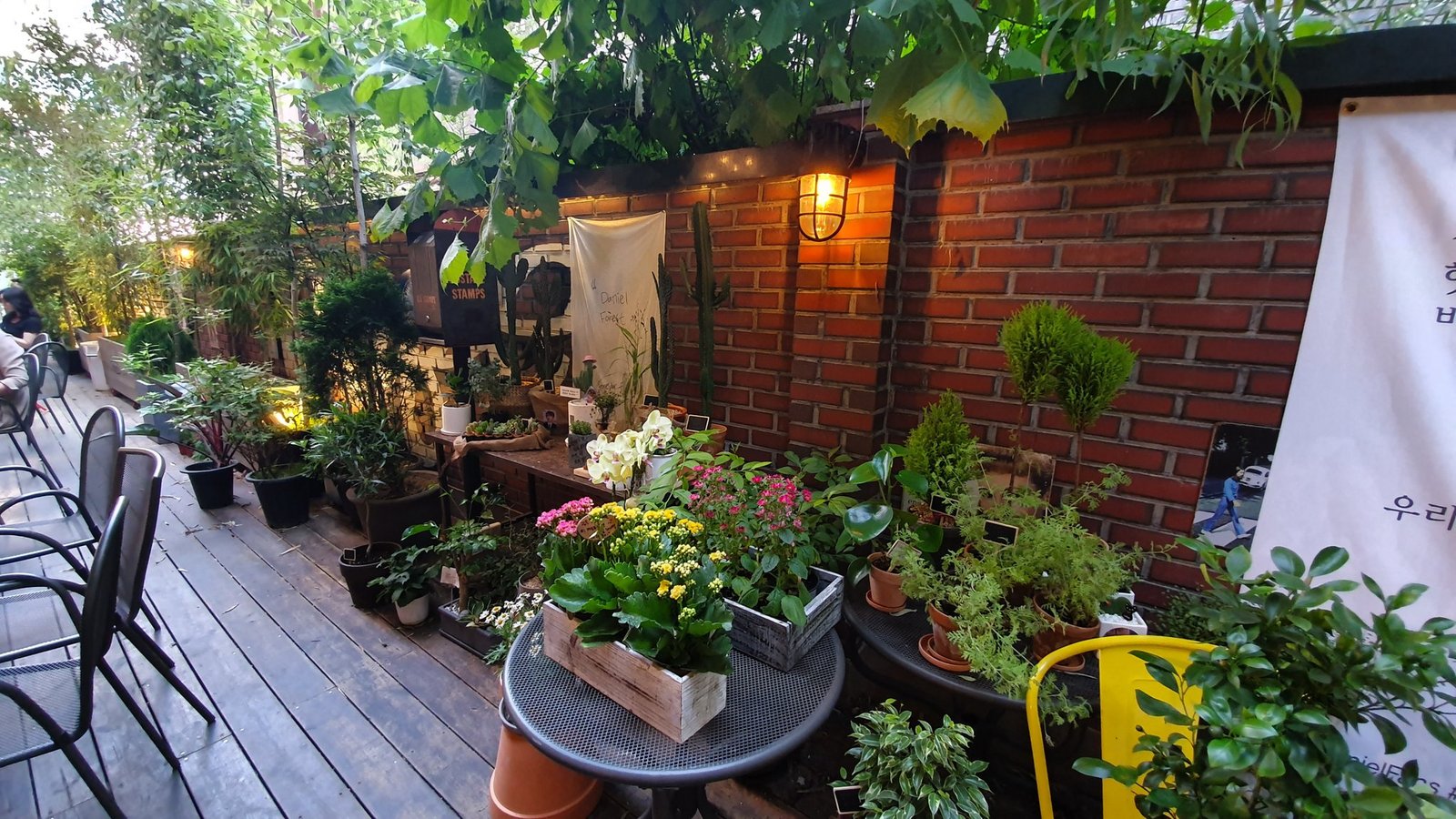 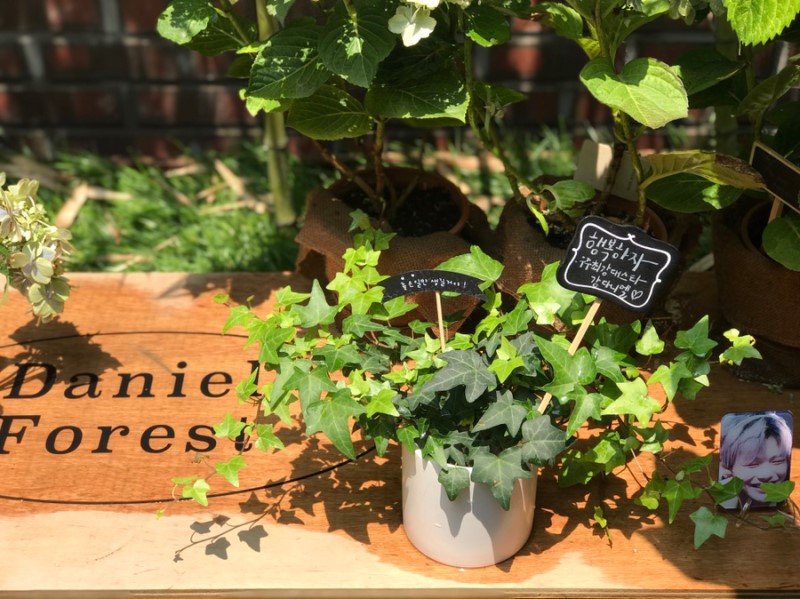 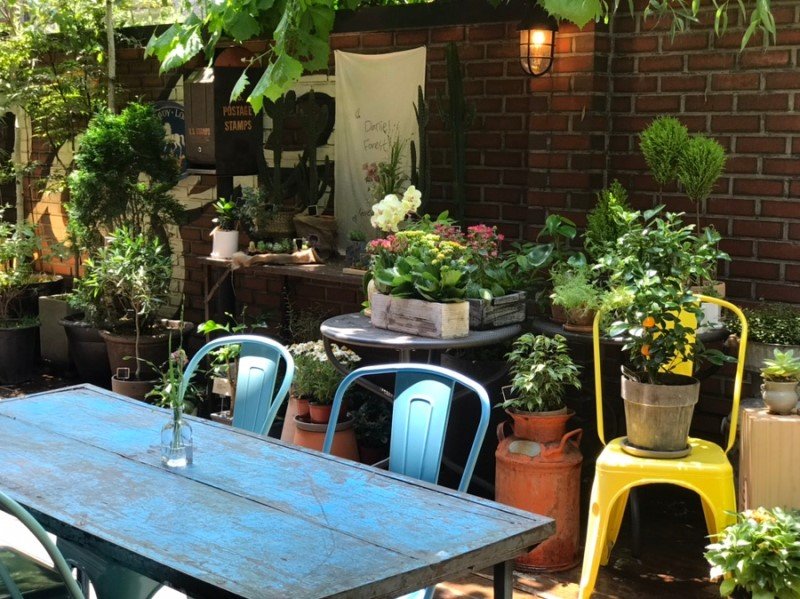