“In this dune of daydream, a brave young man’s imagination is the beginning of his infinite journey towards hope”

On August 14, 2019, Vogue Korea revealed on social media that its September 2019 issue and cover would feature Kang Daniel. The released short clip features Daniel in an array of multicolored outfits, posing with several unique photo props such as a sunflower, watermelon, and goldfish in an outdoor setting.

The actual cover was revealed two days later on August 16, 2019 and would have two different versions. The tagline chosen for the edition is “Surreal But Nice”, and the 24-page main spread titled “King Daniel Kang Daniel” encompasses Kang Daniel’s pictorial and interview. It’s interesting to note that magazine cover’s titles are holographic, mimicking the cover design of Kang Daniel’s very own solo debut album Color on Me. 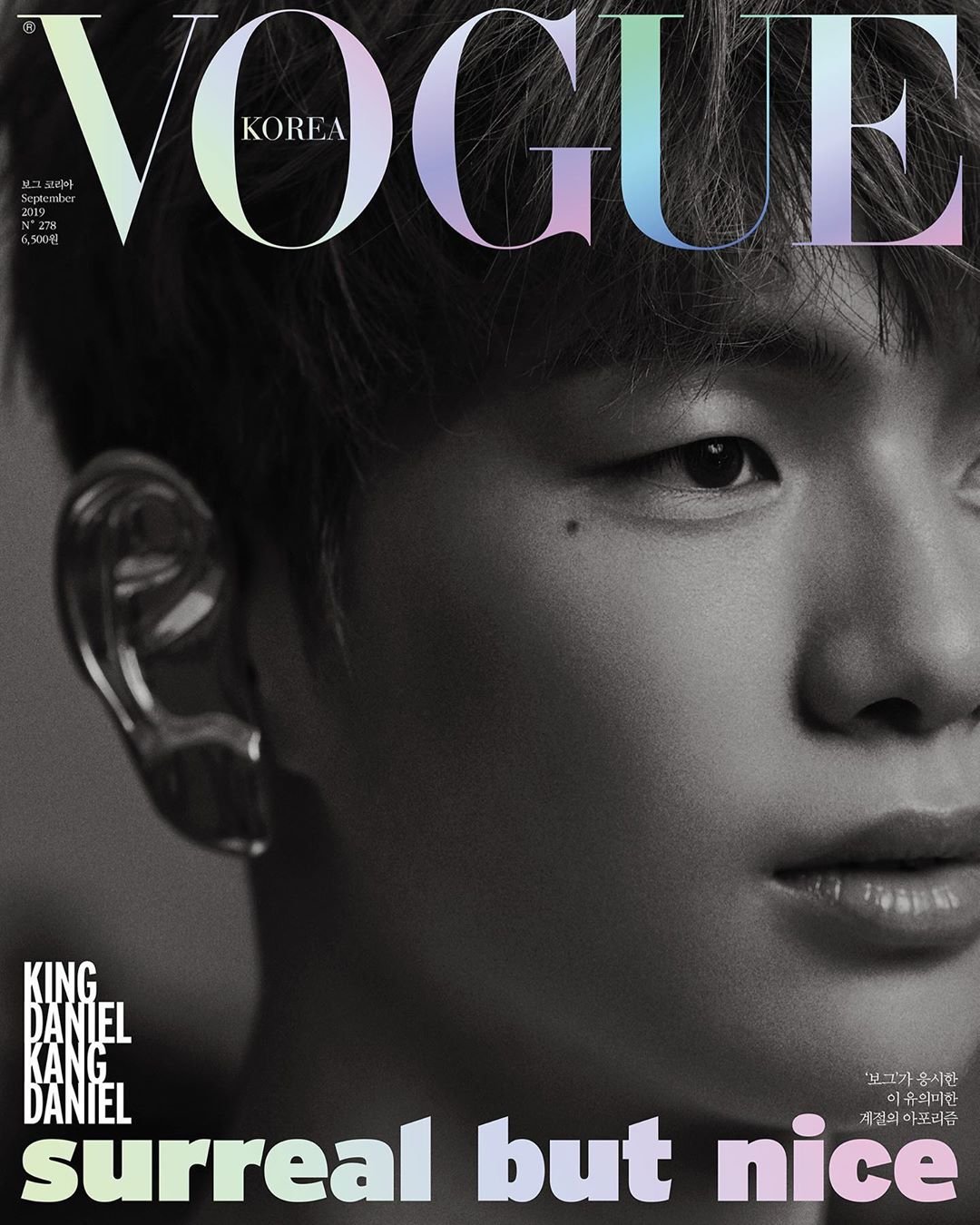 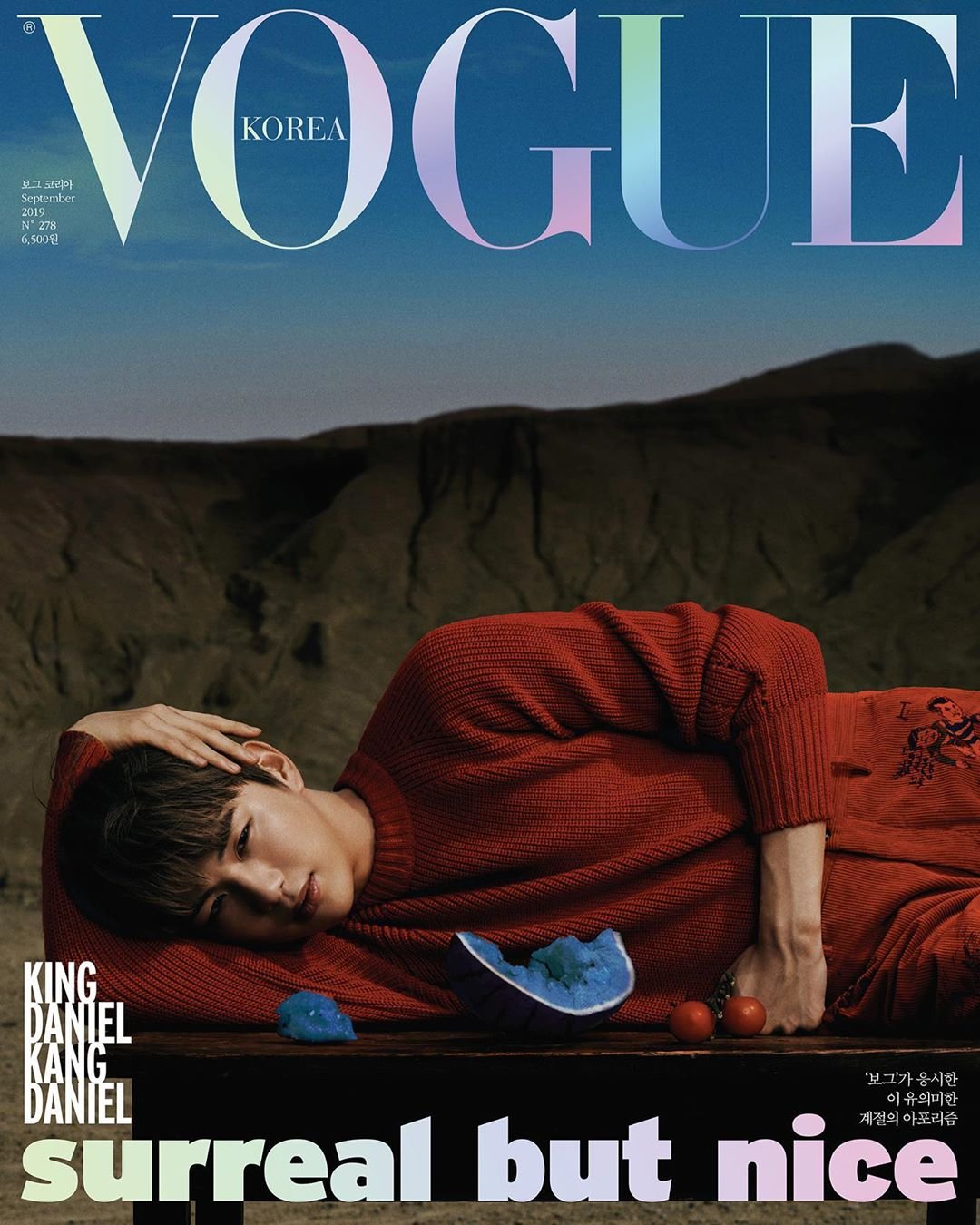 The first version of the cover is imbued in a simpler monochromatic mood. A closeup of Daniel’s face in black and white becomes the dominant feature. The cover’s only extravagant element is the massive Gucci ear cuff accessory worn by the solo idol on his right ear. Otherwise than that, there’s almost no other distinguishing distraction, and the focus is solely highlighting Daniel’s manly and handsome facial features.

The second version of the cover is one more suitable to the photo shoot’s surrealistic theme. Daniel is shown in a more full-body perspective, lying down on a wooden table amidst the surrealistic arid landscape and clear sky. On the table, we can also find a blue watermelon, which catches attention due to its otherworldly oddity. This version in particular is an interesting object to be analyzed and could be linked to various works by famous artists, including the painting The Sleeping Gypsy by French painter Henri Rousseau and the unfinished novel Heinrich von Ofterdingen by German author Novalis.

The composition and color scheme of the second version are the two things linked to the painting The Sleeping Gypsy (or La Bohémienne endormie), a fantastical depiction of a lion musing over a sleeping female gypsy on a moonlit night. Similar to Daniel who is portrayed in a lying down position on the cover, the titular gypsy is also painted in a lying down position. Both the cover and painting also share the similarity of using an arid landscape as their background. Furthermore, the sky’s blue color is of a very similar tranquil daydreaming tone in both works.

The blue watermelon on the cover itself is also an interesting object. Vogue Korea revealed that the watermelon’s color was purposely edited to use its surrealistic quality as a symbol of unrestricted imagination of what Daniel can achieve in the future. This symbolism of infinite hope is also envisaged by an object found in the novel Heinrich von Ofterdingen, which similarly also has the color blue. In the novel, a blue flower (Blaue Blume) represents hope and beauty of things. Perhaps it’s because the color blue is considered to be reliable and dependable from a color psychology perspective that both the cover and novel use a blue object to convey a message of hope. 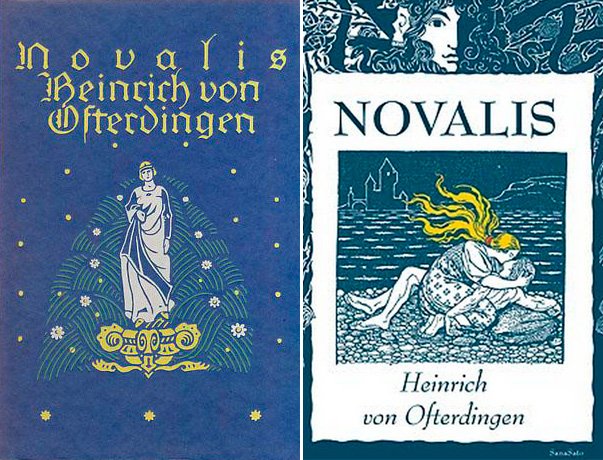 The selection of Daniel to front the September 2019 issue also bears significance to his brand value. The September issue is known as the most important issue of the year in the fashion world. It marks the beginning of a new annual trend for fashion enthusiasts and accounts for the largest part of fashion magazines’ annual advertising revenue. Therefore, becoming a cover model for the September issue is the highest recognition for a model or celebrity in terms of fashion status and commercial value, especially for those who grace the cover of Vogue, which is often revered as the most prestigious fashion magazine in the world.

Another important milestone to note is that Daniel is also the very first male celebrity to grace the September issue of Vogue Korea since its inception on August 1996. The honor of this sought-after position was previously exclusive to women. Among those women were big names such as Zhang Ziyi, Jennifer Aniston, Chanel Iman, Lily-Rose Depp, Jeon Jihyun, Song Hye Kyo, and Bae Doona. Furthermore, Daniel is the only male featured on the September 2019 issue cover among Vogue’s international editions across the world. This serves as an affirmation that Kang Daniel is indeed an important brand name in the fashion industry.