It’s now confirmed that singer Kang Daniel will be making a comeback this month!

KONNECT Entertainment had previously shared back in February that the singer had begin to work on a new album as he was preparing to make a return after three months of hiatus since December, which included his own show ‘Hello Daniel’ on SBS F!L.

In his personal Instagram account, Daniel shared a photo of a microphone on a recording studio with the caption “Recording done” which hinted at the new album being in the finishing stages.

On March 9, KONNECT Entertainment announced Kang Daniel would return with his 1st mini album titled ‘CYAN‘, to be released digitally on March 24 at 6 PM (KST). The next day, the release plan was shared on their Twitter account (scroll down to check the image). On March 12, the cover album art was released. 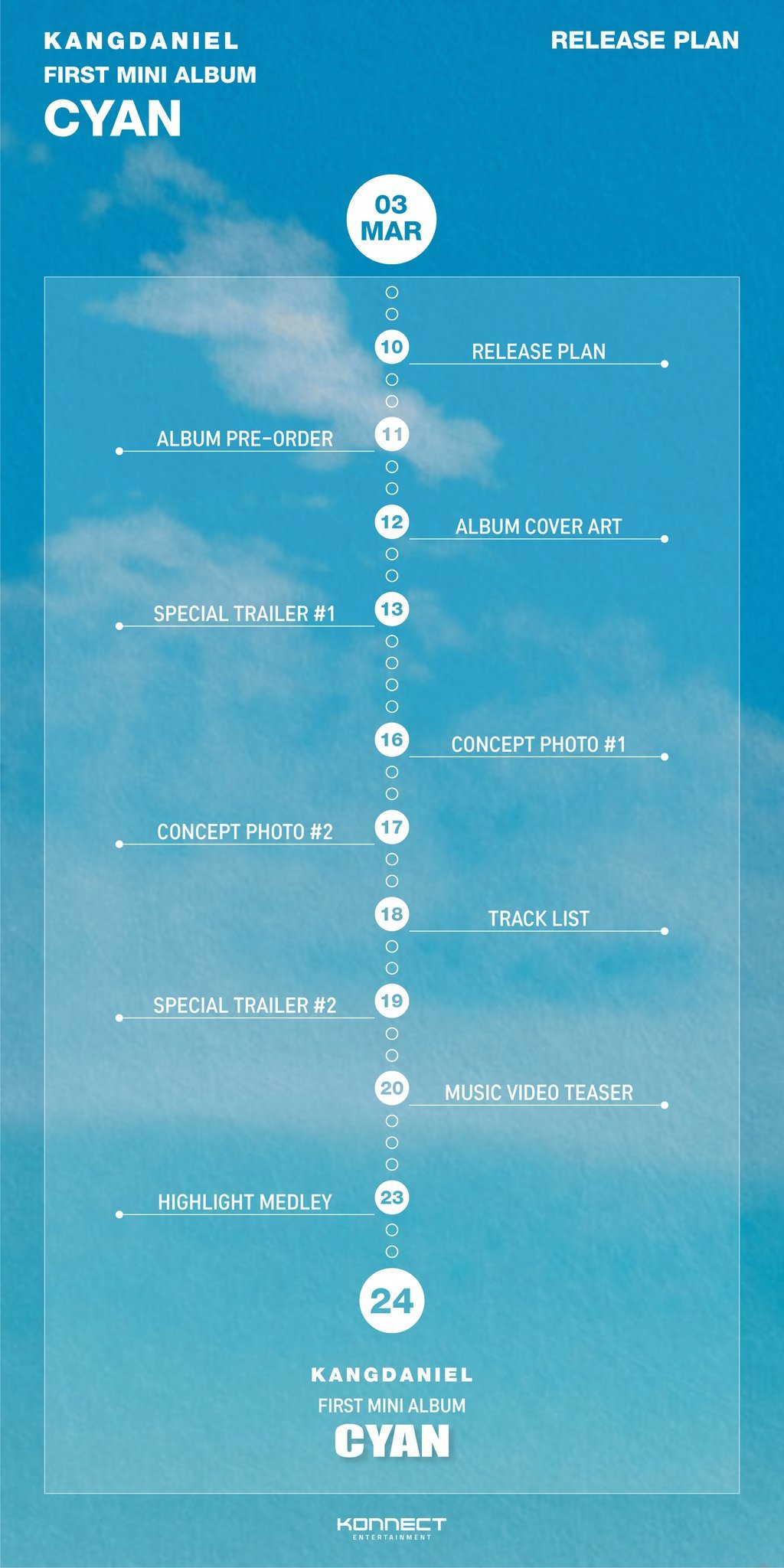