Singer Kang Daniel made a surprise release of the music video for “Movie” feat. Dvwn, a b-side track from his 2nd mini-album MAGENTA.

Despite ending his official album activities with SBS’s Inkigayo on August 16, the music video for “Movie” was prepared as a surprise gift for the fans.

Not only that, but the music video also counts with the support of fun cameos at unexpected timings from singer Henry, comedians Jo SeHo and Nam Chang-Hee, and singer-songwriter Chancellor who has previously worked with Kang Daniel on his album CYAN. 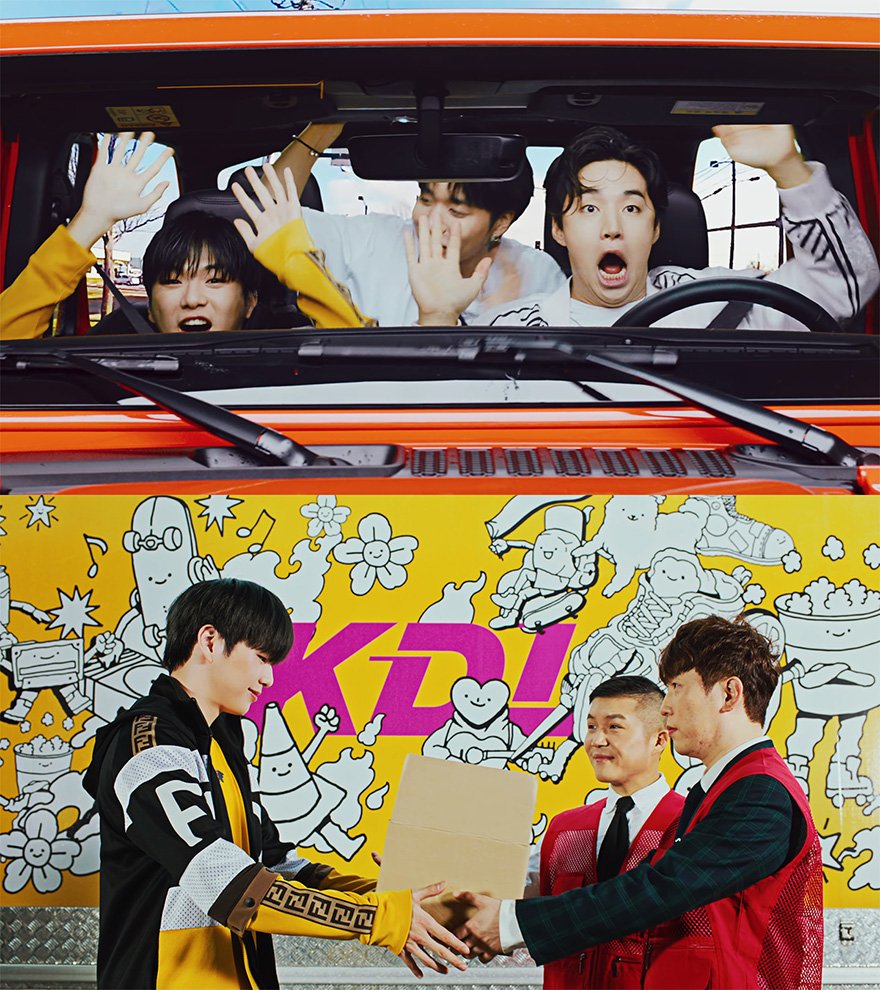 The music video, which is full of wit overall, started with Kang Daniel’s idea from the planning stage. Kang Daniel who shows himself enjoying movies, makes even viewers laugh by capturing pleasant moments such as meeting with friends, dancing, driving away, and watching movies together.

In particular, fans are giving positive reviews for Kang Daniel’s humorous acting, such as eating popcorn with no expression and yawning while watching a movie.

The music video, which is light and upbeat to match the bright and bubbly song, had a hard time filming in the pouring rain but amidst unaffected comfort and excitement, it’s said that the set was full of laughter throughout the shooting.