Singer Kang Daniel, whose hometown is Youngdo, and his fan club DANITY, have helped create a warm spirit by consistently donating to Yeongdo from 2019 to the present.

In recognition of their contribution to promoting the welfare of local residents, they were invited to the ‘2021 Yeongdo Eoulim Welfare Center’ on May 28 and received a plaque of appreciation from Yeongdo.

The plaque of appreciation was given under the name of ‘Kang Daniel’s Fans Team Avengers’. 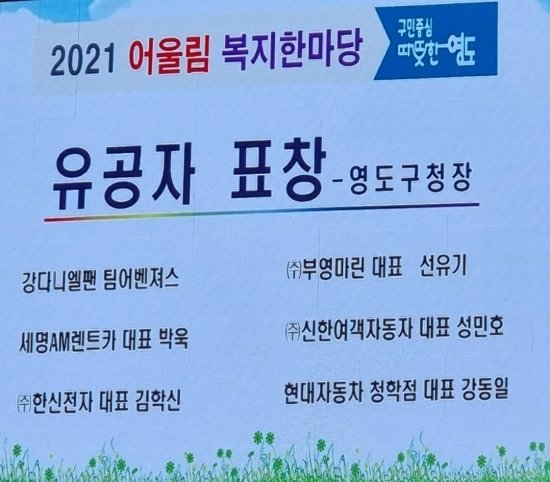 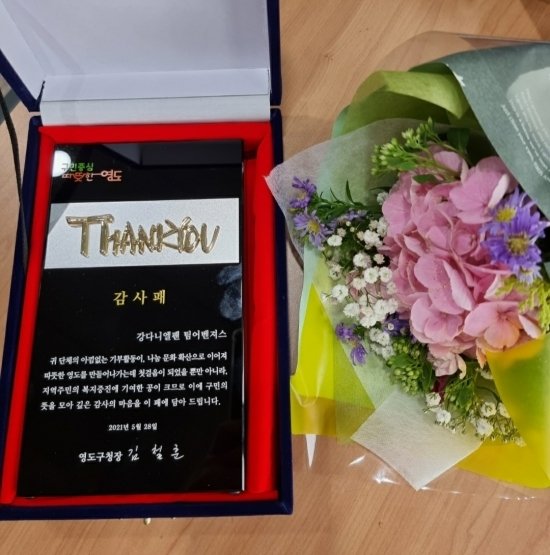 The main details of donations made so far are as follows:

A representative said, “The fanclub DANITY, which was influenced by the goodness and positive attitude of singer Daniel Kang, has been voluntarily and steadily continuing to donate and volunteer by fan community groups or individual fans.”

“Based on the realization that good feelings grow bigger when shared and the more people we share with, the happier we will be. We will continue to support and cheer for singer Daniel Kang,” they said.

Lastly, they said, “Furthermore, we will continue to practice donation activities so that artists and fans can help create a warm community together.”

The good influence of Kang Daniel and his fans is expected to attract the attention of netizens. 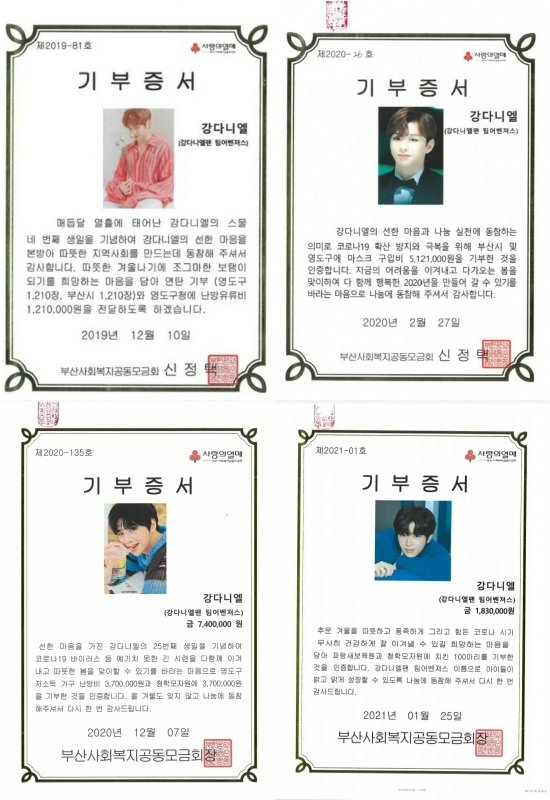 Meanwhile, Kang Daniel and his fan club DANITY have been named as the No. 1 high-value donor club for “Soul-The Fan,” and have been steadily donating to a number of community service organizations, including the Korea Childhood Leukemia Foundation, The Community Chest of Korea (Fruit of Love), and Busan Coal Bank.