On May 17, NCsoft Co., Ltd. and Klap Co., Ltd. said, “Kang Daniel along with UNIVERSE held a Fan Party ‘Dear My D’ on May 16, where he spent precious time and made memories with fans all over the world both online and offline.”

The idol opened the far party with a power packed performance of his recently released UNIVERSE song, “Outerspace (feat. Loco)”. The stage for the same was unveiled for the very first time. Kang Daniel spotlighted his colorful style and high octane vocals as he looked absolutely suave in the balck suit.

The talented soloist certainly raised the energy of viewers as he warmed up the atmosphere with his new song and had a special time with DANITY. Daniel further showcased his fantastic synergy with MC Hwang Je Sung. He spent pleasant moments with DANITY through various segments. Starting with the “What are we going to do today?” corner, Kang Daniel and DANITY chose the things they wanted to do together. They did by the means of telepathy through the situational skit. They then proceeded with the corner they decided on together. 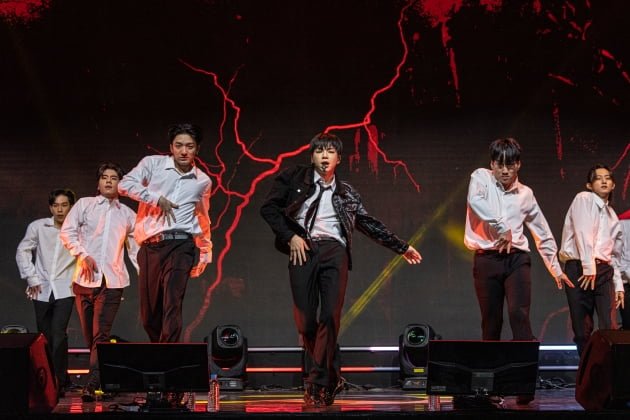 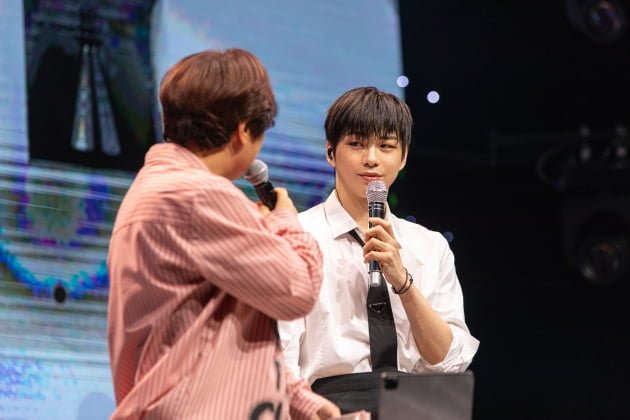 Daniel surprised fans as he set up various corners. This included ‘Niel’s Practice Room’, ‘Niel’s Bakery’, and ‘Soo Da Time,’ wherein he revealed a random dance time while he communicated with fans through real-time live chat as well. In addition to that, the multifaceted vocalist also unveiled a charismatic performance through his “PARANOIA” stage, which made the fan party more meaningful.

Finally, Kang Daniel tugged at heartstrings with an emotional stage. He sang his beautiful track that he made for his fans from his latest comeback album YELLLOW. He performed the song “Save U (feat. Wonstein)” and expressed his gratitude by reading a letter to his fans. The musician said, “Hello, my forever friend, DANITY. I’ll always be with you and stand by you, just as DANITY always protects me and stands by me. I sincerely cherish you DANITY and let’s always meet at UNIVERSE.” And shyly added, “Hello, Love” as he warmly and sweetly expressed his love for his fans.

The fan party, which was held both online and offline, attracted 50 on-site fans in the audience and numerous online viewers from around the world. On-site fans were provided with special goods consisting of the fan party posters, autographed CDs and photocards prepared by UNIVERSE and Kang Daniel. At the same time, 50 fans online also received digital NFT photocards using blockchain technology as digital goods which drew attention.