Promotions kicked off on January 6 when various billboard ads graced the streets of Seoul. On January 10, D+KR released the drama’s Poster Shooting in their official YouTube channel, gifting viewers a sneak peek of the main cast’s chemistry. The poster-making video displayed the lively and fun atmosphere on set. Each actor assisted with holding various props (police hat, badge, etc.) while another posed for the camera. In one of the behind-the-scenes, Kang Daniel and Park Yoona even shared some giggles.

“Through Rookie Cops, I’ve been living as Seunghyun” – Kang Daniel

Kang Daniel stated that he “[lived] as Wi Seunghyun for a while,” as he devoted the latter half of 2021 filming for his first acting experience. He added that through Rookie Cops, he encountered various events he had never done before. Thanks to his co-stars, the rookie actor had fun and enjoyed the process.

Lee Shinyoung, playing the tough former judo athlete Kim Tak, was complimented for his natural poses since he started his career as a model. Park Yoona, as the impassive Ki Hanna, gleefully declared that the poster shooting affirmed the cast’s overall harmony. As for Chae Soobin, in charge of the bubbly Go Eunkang, she realized that the drama was inching closer to reality.

D+KR’s official Instagram had a flurry of posts on January 10. It kicked off with the Character Relationship Map to give an overview of each character’s connections. The map also provided additional information such as the character’s age and introduced the other supporting actors. The cast poster version was then published, with the eight characters looking dashing and polished in their uniforms. This was followed by the Character Student Application forms, handwritten by each actor.

Kang Daniel chose #Principles #GoByTheBook and #Charisma as hashtags representing Wi Seunghyun’s austere, moralistic personality. He indicated that the character’s purpose is to gain pride and be able to protect people’s lives and safety.[s]

D+KR also published still cuts of Kang Daniel on January 11 and Chae Soobin on January 12. These photos supplemented the premise of the series, where the two main leads walked the same path towards a police career, albeit separately (re: writing the entrance exam), but eventually their roads converge as freshmen in the academy (re: wearing police training gear). 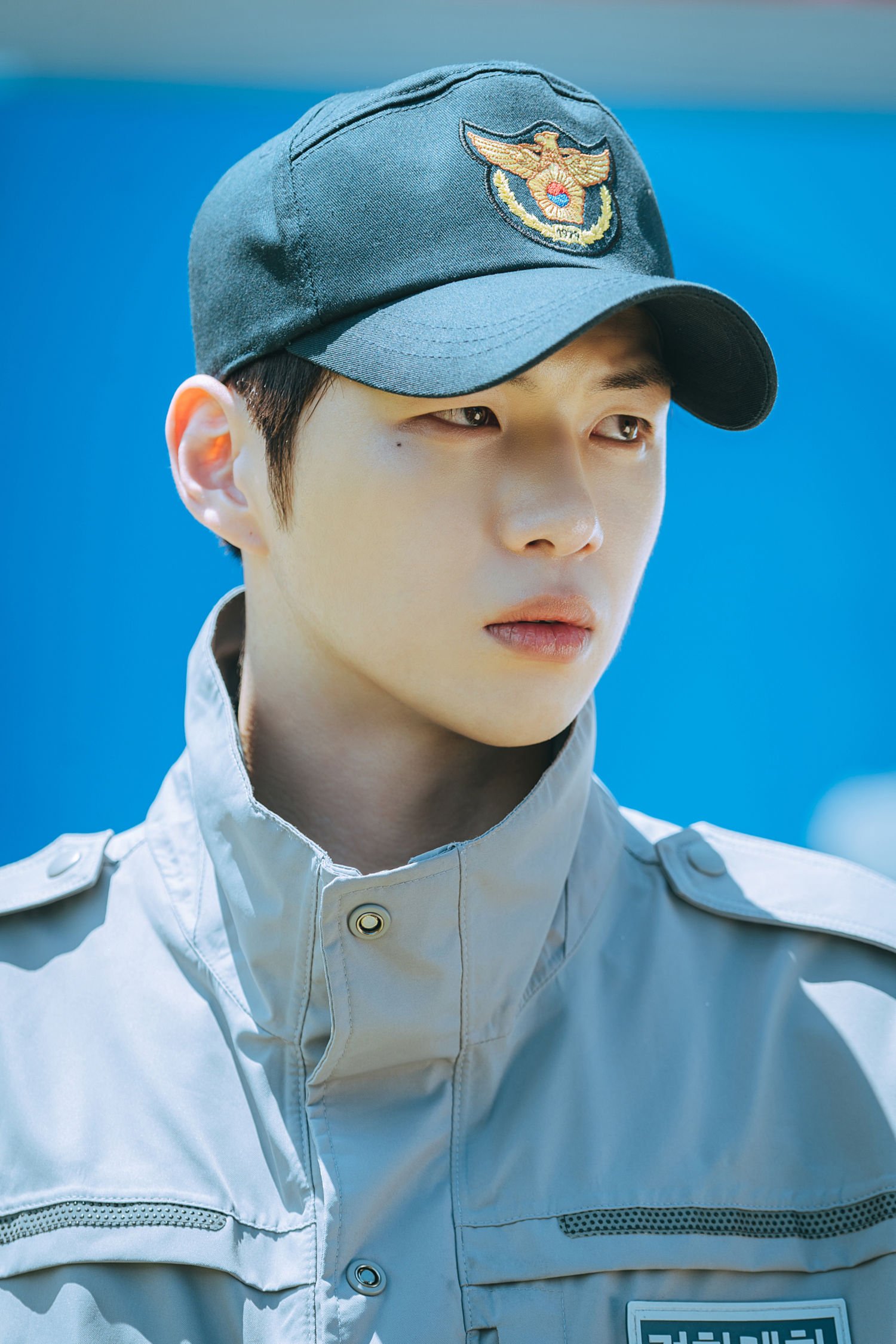 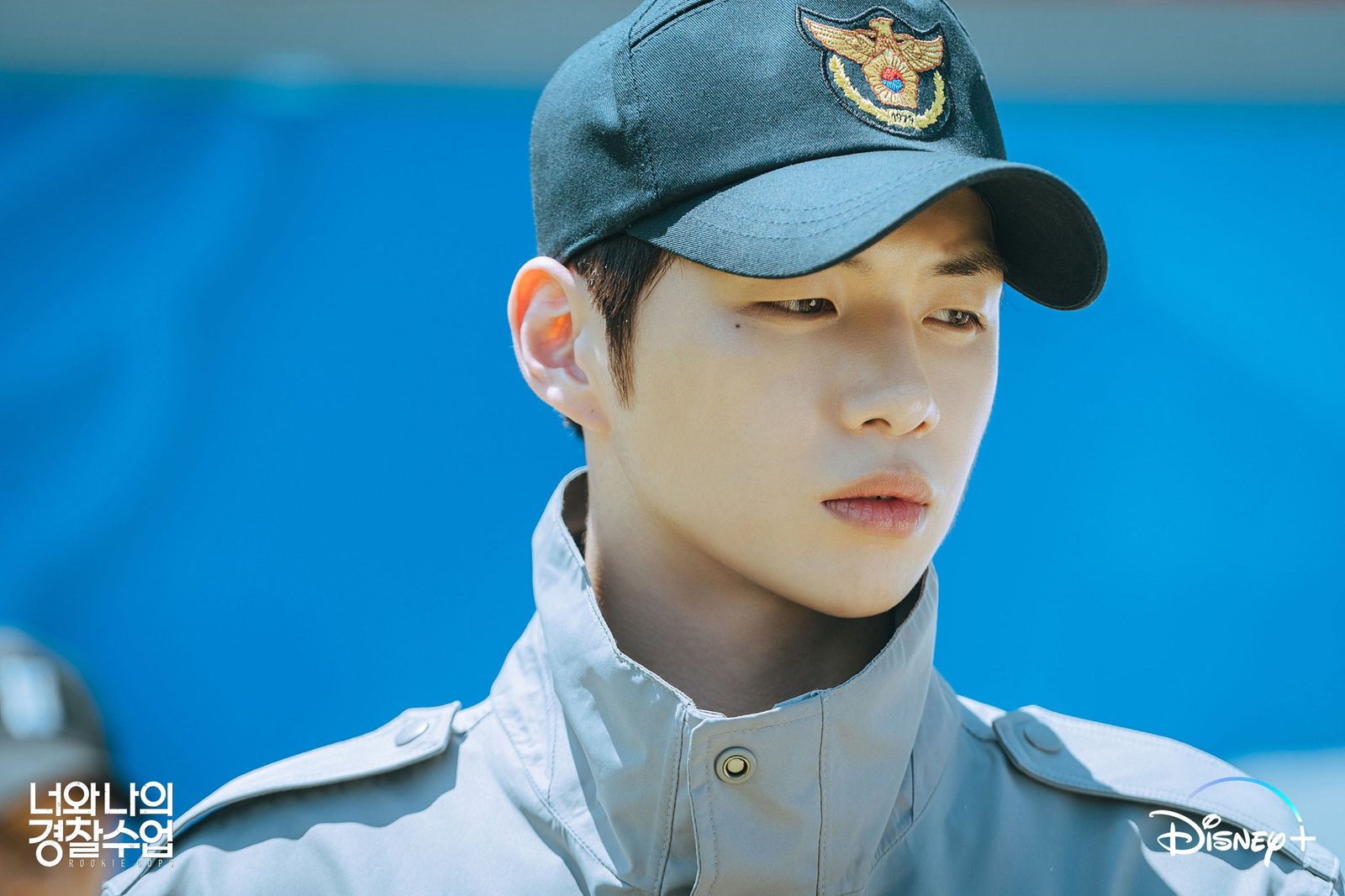 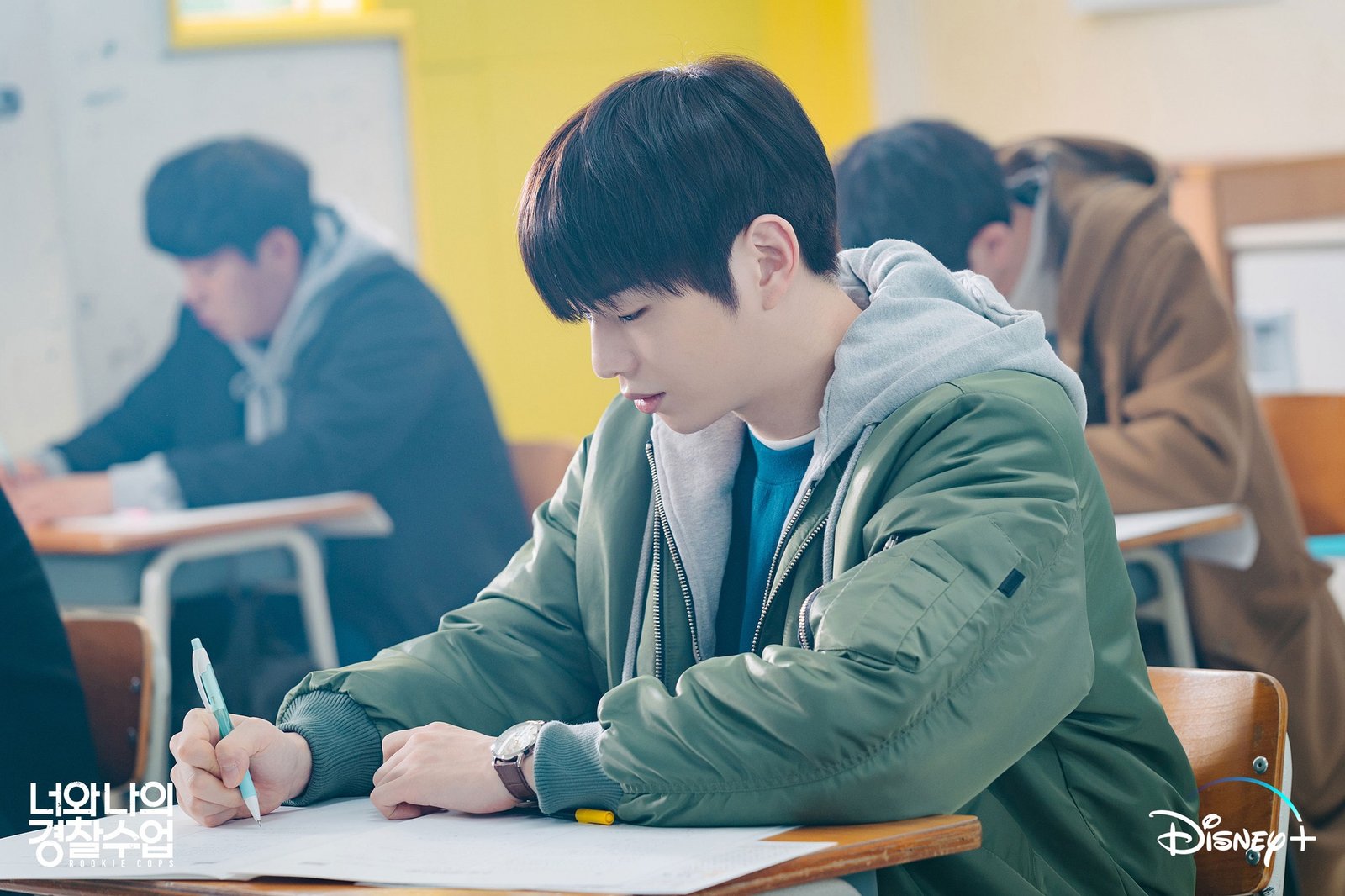 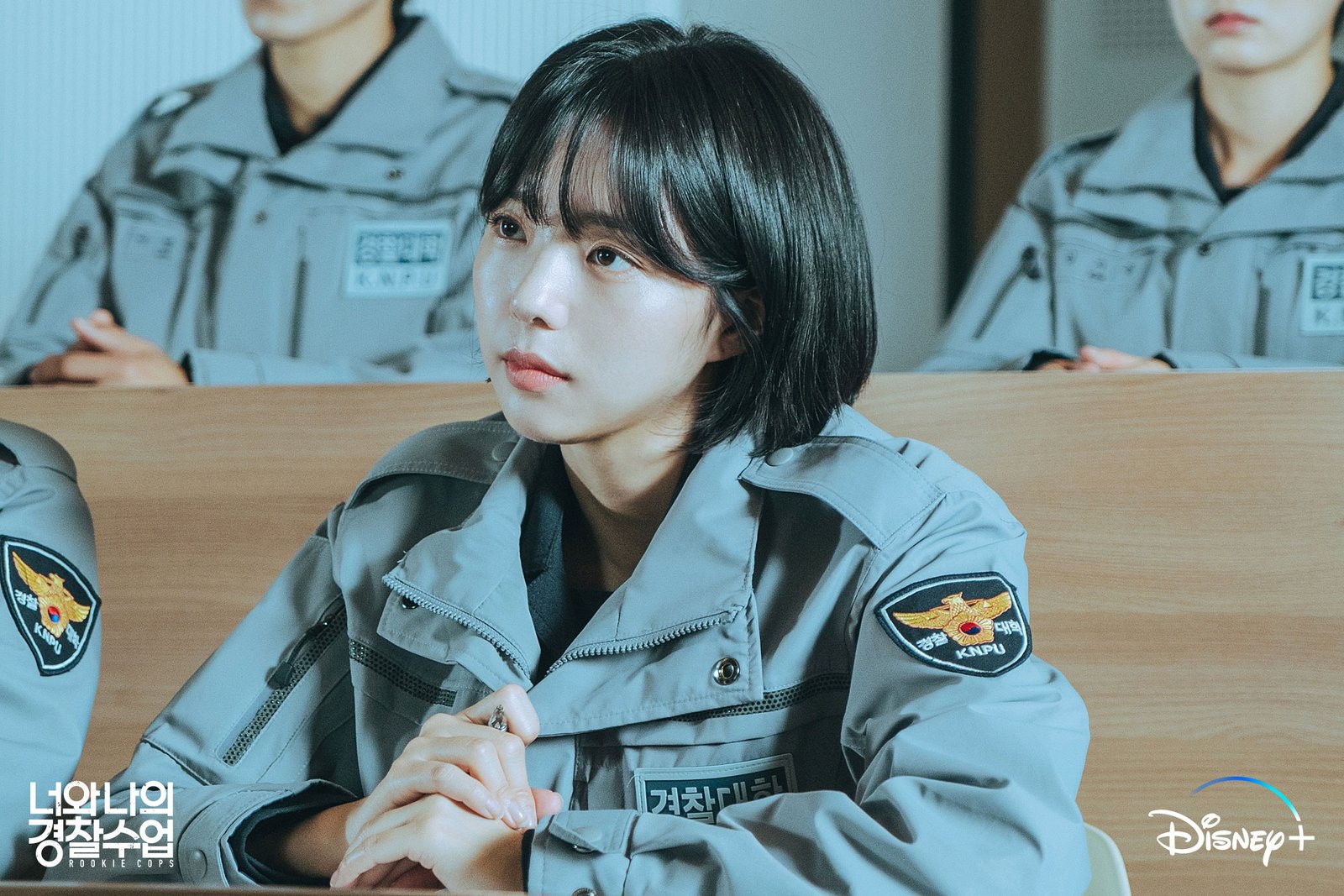 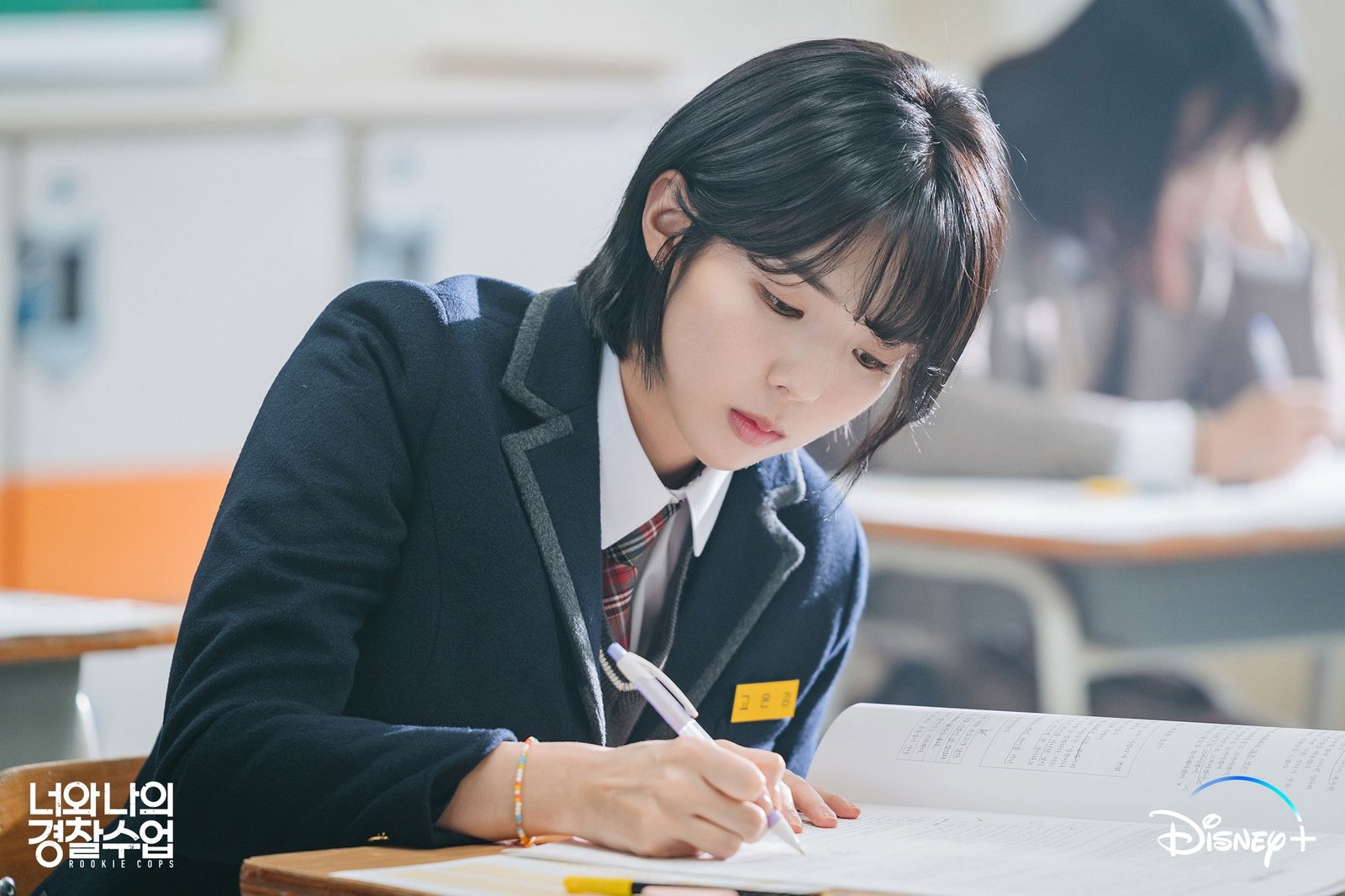 In an interview with OSEN, when asked for a certain keyword to describe his character, Kang Daniel chose “PASSION” and stated that acting “has a specific charm which is different” from when he performs on stage as a solo artist. As this was his debut acting project, Kang Daniel commented that the unfamiliar setting made him “really nervous but the filming became enjoyable” thanks to the help of his co-stars and the staff.

The producers of Rookie Cops lauded Kang Daniel’s sincerity and enthusiasm in his first acting experience. They commented that fans will witness the new charm of Kang Daniel through the youthful series that showed the actor’s incredible chemistry with Chae Soobin filled with heart-fluttering moments. He also exhibited amazing teamwork with the rest of the cast.

Rookie Cops has been scheduled to air 16 episodes starting January 26, with two episodes released every Wednesday.